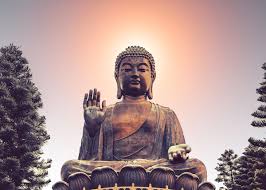 I want to go ahead and warn those of you that may reading this that this post may be more personal than my previous several. As I’ve been reviewing my posts to date, I decided I wanted to add more personal anecdotes and stories in an effort to connect more with you, my readers, and eventually create a dialogue (once I actually have readers.) Rather than continuously lecture you on the pursuit of happiness (and I do realize my posts have been more essay-ish than conversational). I want to talk with you about it, pointing you in the direction of my favorite sources of wisdom on the subject or share a story from my past, in the hopes that you may choose to open up and share your own experiences either with me and your fellow readers here in my comments section, or in general with whomever. If you don’t open up here, that is totally fine but I hope that you can use my experiences that and my thoughts that I share here on your own pursuit of happiness.

About 7 years ago when I was in one of my low valleys on the rollercoaster that is life, I thought about ending my own life (sorry dark), this was not the first or the last time I would feel this way.  This isn’t a cry for help (I am feeling extremely happy and in love with life these days), but the reason I bring up my depression is because at this time when I was searching for anything that could pull me out of despair, I discovered Buddhism, and the book that I picked up, which I will reference shortly was probably the single most helpful tool I had in overcoming my depression.

The book to which I am referring is called The Art of Happiness by Howard Cutler and His Holiness the Dalai Lama. The first thing that struck me was that the Dalai Lama said that happiness is determined by one’s state of mind and not by external events. I am positive that HHDL and Dr. Cutler (an American Psychiatrist) are not the first to say this and it probably wasn’t the first time I myself had read or heard it but at this point in my life it really struck me as powerful. Think here again about the stoics, telling us to only concern ourselves with that which is within our control and ignore that which is without. The state of mind in choosing to be happy is what we can control and external events remain almost entirely without.

As I have read and continue to read philosophy and discover how various cultures tell us to be happy, I am stuck by how similar they are no matter what geography or time period they come from. At the core, the path to happiness is similar. Though striking I suppose it shouldn’t be surprising, as we are all one race, and we all share the same core desires in finding happiness.

As I mentioned before, the first time I picked up this book, I was in a horrible state of depression. I had graduated college a few months earlier. As a student, I was average at best, and part of me still suspects they gave me a passing average simply so I would leave and the school would no longer have to be associated with me. I had no real purpose in being there, it was simply what people did. As such, I had no goals and zero job offers upon graduation, it probably didn’t help that I didn’t even look for jobs prior to graduating. This goes to show you just how unprepared I was to face the world. I had never for a second imagined my life after graduating from college, that moment which as a child I imagined would suddenly “make me a grownup.”I kept expecting something to just happen that would make me happy, and that my life would just figure itself out.

I was lucky enough to visit new Zealand for a few months later that year. I had planned to find a job and explore the country for a year. In reality though I spent only a little bit of time  and even less effort looking for some form of employment and  instead spent most of my time seeing the sights and partying. New Zealand was in fact hosting the Rugby World Cup that year which gave ample opportunities for the partying in particular.

I don’t regret the trip, the island nation of new Zealand is beautiful, and I sincerely hope I can return someday. But despite the fun parties with total strangers, the natural beauty, and the general lack of responsibility, I found myself profoundly depressed. A feeling that only got worse as I returned home to live with my parents, my years worth of cash spent in only 3 months, and struggled to find work. I wondered if perhaps I had wasted my only chance at life by screwing off for 4 years of college. It didn’t help that my closest friends from home and college appeared to be on the fastrack to success with an impressive list of accomplishments such as medical school, JD, MBA, financial consulting etc. Compared to these accomplishments I felt insignificant and unworthy of happiness.

My problem was this: I was letting myself get down because I was looking without instead of looking within and CHOOSING to be happy and to be grateful. I felt insignificant because compared to my friends I was unsuccessful. On top of that, what did it even mean to be successful? I felt bad because I didn’t have a job or because I wasn’t headed to graduate school? So what, that doesn’t make me any less of a person, but at the time it did. I was making a critical mistake here and allowing my self-esteem be tied up in what Dr. Mellody called “other esteem” rather than self-esteem. As Dr. Cutler says in the art of happiness: “Our feelings of contentment are strongly influenced by our tendency to compare.” I may have seemed unsuccessful by COMPARING myself to others, or by allowing someone else to define what it meant to be successful and even worthy. 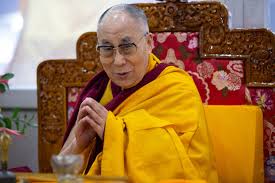 The Dalai Lama says that “mindset is key” when it comes to happiness. In particular, we can influence our mindset with gratitude. Stop for a moment and think about what you are grateful. A fun exercise I began participating in around the time I first picked up the Art of Happiness and still often perform to this day was a gratitude journal. At the end of every day, just before bed I would write 5 things about that day for which I was grateful. Some of the things I came up with: Laughed at a funny joke (During my depression induced insomnia I realized Scrubs re-runs were on at 2am, and no matter how down I was, I could still laugh at Donald Faison and Zach Braff 2. I had a good dinner (heartbreaking how many people cant say that every night); I have a roof over my head. Even if you lack those things, and I truly hope you don’t, but if you are reading this you can be grateful for your ability to read or to connect with others.

Realizing that my sense of despair had nothing to do with who I was, or what was happening to or around me, but rather with how I perceived of the world and of myself, I began my recovery. By choosing to be grateful, and making a decision to be happy every day, I eventually got better and while I have had relapses, I feel that overall the trajectory of my life has begun to shift upwards towards happiness and liberation, and I hope that yours does.

Choose to be Happy today.

Suggested Readings: The Art of Happiness by Howard Cutler and His Holiness the Dalai Lama 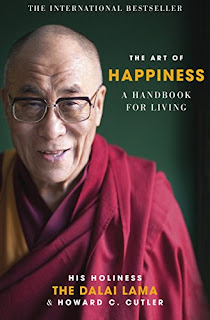