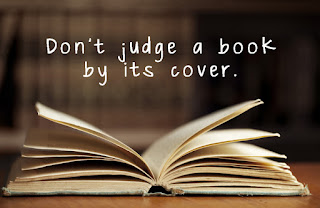 I was struggling with some writer’s block this morning as I sat down to do my daily post writing. Rather than using a quotation from a famous, philosopher, or reference a book from a well-known writer and thinker, I am going to tell a story today.

What I enjoy about the story I am about to tell is that in so many ways it was such an insignificant moment, yet for some reason I can still remember it as clearly as if it just happened. This moment I am going to describe is something that I still recall now, 16 years later, and which I think about as a moral compass of sorts before I make the wrong decision.

The setting is as follows: I was traveling to the Pacific Northwest, visiting colleges in Oregon and Washington with my father and sister. I was 15 years old and we were touring schools so that I might find a place where I would want to enroll in a couple of years. After touring Lewis and Clark in Portland, we spent the next two days relaxing in the city, staying at the downtown Marriott in Portland.

The weather outside was wet and cold, as it so often is in the Northwest United States, so rather than going out I decided to spend some time hanging out at the indoor swimming pool. I had just started lifting weights at the time, so I was still very much self-conscious about my lack of physical esteem, and as such perceived pretty much anyone who was older or bigger, pretty much everyone, as a threat.

In the pool at the time there were a couple of older guys, probably late teens or early 20’s splashing around. They were roughhousing and such and had a tough look about them. They were well muscled, sported tattoos, and cool facial hair, in short, they seemed a bit scary, at least to a self-conscious stringed bean of a 15-year-old such as myself.

My guard went up immediately as I sensed these guys as a potential threat. Yes, this is seriously how bad my anxiety was. Naturally, the three guys paid no attention to me (one of the things to realize about self-consciousness is: no body is paying as much attention to you as you are, they’re all too busy being SELF-conscious of themselves!) As I was doing my best to avoid eye contact with this group of toughs, I heard one of them say something. I can’t really remember the context but what I heard next was the phrase that has stuck with me all of these years. He said “you wouldn’t want to do that. It wouldn’t be very nice, and you wouldn’t want to hurt somebodies feelings.”

Again, I have no idea what the prelude was, but that simple message has stuck with me. Here was this guy who by all appearances seemed like a tough guy who probably beat ass for a living and enjoyed smashing skulls, and he was worried about hurting someone’s feelings. First of all, shame on me for judging a book by its cover. Second, it was an enlightening moment for me because it suddenly made me realize that being nice is for everyone. I felt an immediate sense of compassion for this guy. To see someone else focus on concern for the feelings of others, as silly as it sounds given this was the extent of our interaction, has inspired me to do the same.

To this very day when I can feel myself getting ready to do something wrong, is top and think: might this hurt someone’s feelings. Suppose I feel like sending a text about a mutual friend to one of my buddies, I stop and think: is this nice. Would this hurt this person’s feelings if they knew I was saying this? If the answer is yes, I do my best to stop. Admittedly, I don’t always abide by this, I am not perfect, but I like to think that every time I fight the urge to do something wrong, and choose kindness, that the world is a better place. I think that is the case in each of our lives. None of us is perfect, but every time we choose kindness, the world is made better.

I never saw that guy again. I never learned his name or anything about him, but I hope he has a long and happy life, and if nothing else comes from his being, I want it known that that simple moment, one that odds are he has no recollection of, then his life has made a difference in mine. 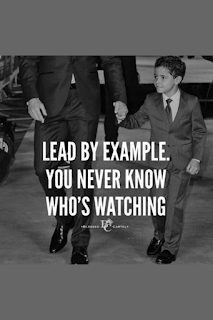 If there are any morals in this story, I would say they are as follows: 1) Don’t judge a book by its cover. I judged this young man in less than a second as a scary and mean individual. Clearly, I was wrong. Don’t do that. 2) Any of us can be a roll model. You never know who may be watching or how your actions may rub off on others. I am sure this man had no idea that an impressionable teenager was paying attention, but at that moment, a rather unremarkable attempt made a profoundly positive affect on somebody’s life. This goes to show that simple moment of kindness can have a ripple effect. Make sure that ripple is positive.