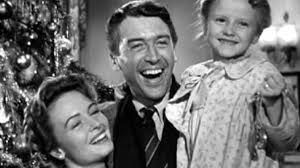 If you haven’t seen the movie “It’s a Wonderful Life” I highly recommend that you do. It is a beautiful film that can provoke both laughter and tears and sends a powerful message about how we evaluate our lives.

The main character is a man named George Bailey (James Stewart) who runs his family’s small, privately owned bank. George spends his entire life putting others first: helping out his neighbors with the mortgage, letting them pay him back late, take loans without any collateral, all because he believes in helping others.

Eventually, George and his bank find themselves in a bit of trouble, when a payment they owe to a larger commercial bank is misplaced. Hardships ensue. Things get so bad that George believes he has let down his friends, his wife, his children, and himself. He is so distraught that he is about to commit suicide.

At this time, George is visited by his guardian angel, Clarence (Henry Travers). Clarence shows George a vision of his hometown in a horrible state. The people are poor, suffering, miserable, and unhappy. George is distraught by the view, wondering what has become of all these people he knew and cared about. Clarence eventually tells him that this is a vision without George Bailey. If it weren’t for George’s life, this is the fate that would have befallen all those he came to know and love.

George is so moved by this vision that he eventually begins screaming and pleading with Clarence to bring him back, saying “I want to live again.”

Clarence obliges and brings George back to reality, at the moment just before George was set to take his own life. George rushes home to meet his family, scoops them up in a loving embrace and tells them how much he loves them. Moments after, nearly the entire town shows up at George’s house. They had heard that he was in a tough spot and were determined to lend a hand up to the man who had dedicated his life to helping them. The scene is joyous, filled with happy tears and marvel at the support.

George can hardly believe it. How could he possibly find himself so fortunate to receive all of this support. During this scene, George opens a copy of Tom Sawyer in the room and finds an inscription from Clarence saying “George, no man is a failure who has friends.”

To me, that quote was the single greatest part of the entire movie. George had become so dejected that he didn’t want to live anymore, believing he had failed himself and those who counted on him. What Clarence showed him instead was that he was of the utmost import and had directly improved the lives of so many with his compassion and generosity.

I often think of this quote today when I have a low moment. If I find myself feeling low, I think of those in my life whom I am lucky enough to call my friends: my girlfriend, our dog (yes, pets count) my sisters, my mother, my father, my old trainer, and dozens of stand up people I’ve met along the way. I think to myself how lucky I am to have shared some moments of earth on with these people.

If you have friends, count yourself lucky. And when you think how important they are in your life, remember, you are the same to them. And if you don’t have friends, I encourage you to look a little bit deeper, I bet you do. And if you really don’t, and you are reading this, then reach out to me, I will be your friend. I know what it is like to feel alone and I don’t want a single soul to experience that sense of isolation. This blog is still small but I hope that among other things, it will grow into a community where we can love and support one another.

Back to the film again. I want to talk about George and his depression. He felt depressed because he was experiencing shame, shame that he felt from supposedly letting down his family and friends, particularly with regard to finances. I am not naïve enough to sit here and say that money doesn’t matter at all, not having it can make life extremely difficult, and stressful, creating uncertainty about whether you will be able to eat, or afford shelter, and threatening your very survival. It becomes all the more so when there are others depending on you, as in George’s case.

The problem though was that George let his self-worth come tied up in external things: his status as a prominent local businessman and as a provider. When through no fault of his own, circumstances changed, his opinion of himself became awful. I would urge you to remember the stoics who say not to stress that which is outside of your control, and of Dr. De Mello who told us to shun our attachments, in George’s case his status.

Luckily, George was able to get past this, and see the true beauty of his life, which was the people in it. By living compassionately and with generosity his whole life, George created a better world around him, a world whose opposite we saw in the vision that Clarence showed. With the help of Clarence, George was able to see more clearly just how important his life was, and how blessed he was to have led that wonderful life.

I hope that each of you is able to have a similar revelation when you look at your own life. Don’t evaluate yourself based on your wealth, your status, or anything else. Evaluate it on the way you treat others, and by how many friends you have been lucky enough to make. Remember, “no man (or woman) is a failure who has friends.” 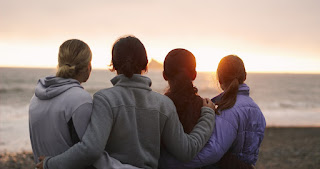 Link to the scene: https://www.youtube.com/watch?v=so3ErQuZERQ