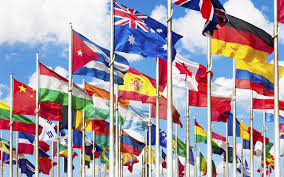 Recently I discussed the importance of travel to improving one’s worldview and overall sense of happiness, and interconnectivity with their fellow humans. We focused on Mark Twain’s quote, about travel being fatal to prejudice, bigotry, and narrow mindedness.

Today I want to discuss languages in a similar light and discuss how I think that breaking language barriers brings us closer to a more unified, happy, and embracing society.

Those of you who grew up in a Judeo-Christian household like myself are likely familiar with the story of the tower of Babel. The people of Babel wanted to build a tower so tall and mighty, it would ascend into heaven itself. God did not like the audacity of humanity here, so he destroyed the tower and inflected the people with the inability to understand one another, making them all speak different languages such that they may never again work together and dare to intrude on his kingdom. 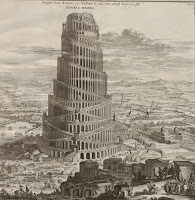 Interesting story, right? I think the true moral of the story is to exhibit modesty, a theme that is popular throughout mythology in the Bible, Ancient Greek and Roman, Hebrew, and many more. The part that I find interesting though is that in the story, God made the people speak different languages because he knew it would divide them, preventing collaboration and understanding, and disallowing any such blasphemous undertakings.

On the subject of language being a divisive force, I strongly agree. Today, one of the greatest obstacles to fully understanding and appreciating our fellow humans is our inability to communicate with one another. It is estimated that there are over 6,000 languages spoken today. While there are excellent new translating programs like google translate, for example, our inability to fully communicate across language barriers remains an issue stalling full cooperation and harmony amongst mankind.

In the travel post I discussed how traveling to other lands and meeting new people would dispel any fears or misconceptions that one often has with regards to foreigners. The same is true of language and it could probably be said that in order to fully enjoy the benefits of travel, the language gap must somehow be bridged.  While you can enjoy the sites, the food, and the weather without speaking a language, if you are to truly grasp the essence of the culture, and understand the people and your shared humanity together, then you need to be able to communicate. 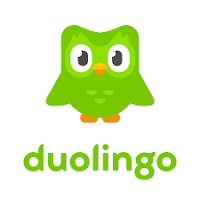 For my own part, I have recently begun studying foreign languages. I studied German in college because my familial heritage is Germanic and it made me feel a sense of connection to my roots (another reason to study languages!). After graduation I inevitably lost most of whatever German language skills I had, but last summer, in the midst of a world-wide lockdown, I decided to pick it back up again, needing a productive hobby with which to spend my time. I began using the Duolingo app for 30-60 minutes a day, nearly every day since last July, and have recently begun meeting virtually for 30 minutes per week with a native-German speaking tutor. I may not be truly fluent yet but I would imagine that I could very easily ask for directions, discuss the weather, or most importantly: order a meal and beer anywhere in Germany. What I have enjoyed the most is that it makes me feel like I am now connected to a greater part of the world even though with the exception of my tutor Madleine, I have very little interaction with German speakers. That being said I very much look forward to the chance to travel to my native homeland one day and enjoy some happiness with the locals.

I bring up my personal experience here only to share what I have gotten out of the experience. First, I have enjoyed a productive hobby, something that brings me joy during a time in the world where joy is not often found as abundantly as it once was. Second, I believe I am challenging myself, and enhancing my overall knowledge and intelligence. Most importantly though, I am building a bond with my fellow people. A bond that reminds me that we are more similar than different, and that as such we should treat each-other with love and kindness, rather than fear and hatred.

Even without the imminent possibility of traveling to Germany or any of the other German speaking countries, I feel grateful for my time and truly feel a greater sense of belonging. I have enjoyed it so much in fact, that now that I have reached a certain level of fluency I have begun now to focus on French as well. It will take some time but after this time I can proudly say that I know how to say: Je monge une croissant (I eat a croissant), which is often true. Whether I can ever get to the point where I can read Dumas in his native language or not, I will enjoy the process of learning French and enmeshing myself deeper with my fellow humans.

I am not saying that learning a foreign language will solve all of the world’s problems, but I can say that it definitely won’t add to more. On a personal level I think that you will pick up a fun hobby, and one that will improve your worldview, even if only to order a pizza in Naples with more confidence. On the whole I think that as we move towards a greater level of understanding, as with learning common languages, that humanity is enriched and we can create a web of compassion, and understanding, ultimately bringing greater happiness to be shared amongst the people of the world.