It wasn’t difficult to come up with a topic for which I was inspired to write about today. In the United States we just implemented what we call Daylight Saving Time which means that we all set our clocks forward by one hour. What this means is we have artificially manipulated the concept of time such that we now get an extra hour of daylight at the end of the day rather than earlier. In order to get that however, we had to sacrifice an hour of sleep as we officially make the jump very early on a Sunday morning, going from 2am to 3am while most of us are sleeping. That means that many of us are currently operating groggily on an hour less sleep than we would have liked or are rubbing the sleep out of our eyes wondering how the heck we slept until noon.

In all seriousness I actually enjoy Daylight Saving Time, (DST) minus the hour of lost sleep. It is really nice to be able to see the sun and have the ability for outdoor activities after work for a bit longer than usual, you can see my recent post on sunlight to understand its importance in our happiness. As a matter of fact, there is actually a bi-partisan effort within the US government to keep the country permanently on DST rather than falling back in the fall, wherein we get an extra hour but lose sunlight in the evening. This is not the worst idea the US government has had but it would be nice to see if we could tackle more challenging issues like our education reform, climate change, or joblessness, a problem for another day perhaps. If we don’t make it a permanent change however, it would be nice if we could at least make the spring forward and the loss of an hour occur during the middle of a workday, so instead of losing an hour of sleep, we lose an hour of Monday afternoon at work. I will be writing my senators shortly to express this.

Let’s finally get on to the happiness shall we. Today’s post is about the importance of sleep to one’s overall happiness and health. How many of you are like me, and feel like you could sleep for 10-12 hours a day with no problem? I absolutely love a good night of sleep and will admit that if I get less than a quality 8 hours each night, that I am an absolutely miserable human being to be around the following day, grouchy mood, I feel like crap, make frequent errors at work, have a poor workout, and more.

It turns out that everything I just mentioned has been addressed by researchers, in attempt to measure the importance of sleep and the eugenic effects that quality sleep can have along with the negative effects associated with a bad night of sleep. I took a look through a handful of those studies and will share the results here with you all.

One of the first things I notice after a poor night of sleep is that I feel stressed and weak. My forearms ache, my grip feels as if it couldn’t squeeze a fist to save my life, my heartbeat races and I am generally tired and grouchy. Turns out, the stress I feel is a direct result of an increase in the stress hormone: cortisol. Cortisol actually serves some very important purposes, but as will all things requires balance. During our sleep is typically when our cortisol levels are down-regulated and testosterone, its equal and opposite is up-regulated. Poor sleep will interfere with this process, leaving cortisol relatively high compared to testosterone. (Leproult) This is what causes the weak grip, the high heart-rate (a clear indicator of stress) and the general moodiness that we feel following a bad night of sleep. We all know that on those days it can be very difficult to feel good, like our true selves and typically this has an adverse impact on our sense of happiness. Turns out it goes just beyond the cortisol when we want to talk about sleep and happiness.

Just as a bad night of sleep can negatively affect happiness, a good night of sleep will have a positive long term affect and will promote greater overall wellness as well. Researchers in Japan have noted that healthful sleep has been empirically proven as the single most important factor in predicting longevity, more than diet, exercise, or heredity (Dement). That is a powerful statement, especially given the widespread lack of sleep across the globe. In many cultures such as Japan and the United States to name just a few, sleep has been associated as a sign of weakness or laziness. We are taught that as productive member’s of society we must enter the office early, and go home late, sacrificing our sleep for the sake of our higher cause, because that is what the truly tough, determined, and successful do. In reality this probably has a negative impact on economics and profitability not to mention the mental and physical health of the individuals. 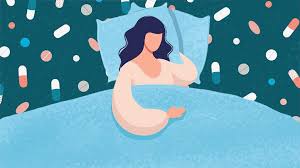 A team of Japanese researchers led by Yuichiro Otsuka studied the affect of sleep on the subjective levels of happiness in Japanese adolescents, noting that subjective happiness out to be a regarded as a major life goal, again, if someone feels happy, as indicated by subjectivity, wouldn’t that be enough to say that they are? The team noted that sleep problems have been shown to negatively impact adolescents increasing the risk of anxiety, depression, suicidal behavior, and attention disorders along with general poor well-being and emotional dysregulation [sic] (Otsuka et al). The researchers found a strong positive correlation, cause being a bit harder to prove, with a good night of sleep and higher levels of self-reported happiness.

When it comes to happiness I don’t think there is a more important measure than subjective or self-reported levels. Happiness varies on an individual basis and ultimately each of us is responsible for recognizing what happiness means to us, and for choosing to be happy. This has been the area where researchers have been most closely able to recognize a correlation between quality sleep and well-being, noting that “those who sleep well are more satisfied with life” (Shin et al). To tack this on with the noted physical benefits of a good night sleep, noting that those who sleep less are more prone to cardiovascular disease, mental illness, and obesity, it becomes clear that quality sleep is vital to happiness and overall health.

It is a shame that sleep continues to be one of the pillars of health which we most often ignore or so readily sacrifice in the name greater pursuits. As a former trainer, people would often ask me about the best ways to improve their health. Regardless of whom I was speaking to or what their goals were, two things I would always say were: drink more water and get quality sleep.

Them: “ok yea I can drink more water but I can’t sleep, I’m trying to make partner at the firm, isn’t there a supplement I can take or something…”

Them: “but what about this, I heard,”

Me: “get more sleep”

Seriously, nearly every aspect of your health, along with your happiness will improve if you get enough quality sleep. Stop looking at sleep as something expendable and start looking at it as vital to your health and wellness. It is more important than that low carb, healthy fat diet, or that magic supplement, or that new workout fad. Quality sleep will make you healthier and happier.

4 thoughts on “Want to be Happier AND Healthier? Sleep More! Optimizing Happiness with Proper Sleep”