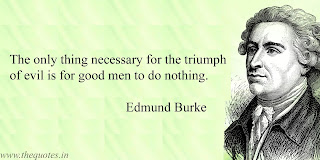 I wanted to sit here this morning and put out a happy thought or some sort of feel good message like I usually do. Hell, I even intended to, I actually had today’s post already written several days ago. In light of the violence and hatred in Atlanta, where I live, I felt compelled to speak out against racism and hatred, and do my small part to help repair my local community and the world we all live in.

It would surely be more pleasant for me, and certainly more enjoyable for those of you who may read my posts, to read yet another uplifting message from Mr. Rogers or Winnie the Pooh, but today that just doesn’t feel right. My goal is and always will be to spread happiness, but in the face of such shocking examples of hatred such as last Tuesday, I feel that we cannot create happiness and joy unless we address their exact opposite, of which this horrible act is just the latest example of.

Racism is nothing new in my country. Our very creation was born of racism. When English settlers who would eventually become the first Americans first arrived here, they arrived in a land populated by tens of millions of Native Americans from various tribes, people with a fascinating and intricate culture and society. We treated these people as a mere hindrance to what we considered our birthright – our right to rule and dominate the entire world – an idea that would be called Manifest Destiny, perhaps the very embodiment of the American culture. While Manifest Destiny is praised in our grammar school educations as an example of American exceptionalism, it glosses over the fact that in reality it was quite simple the genocide against the entire race of Native Americans, of whom there are only some 5 million left alive today, and those that do live exist as second-rate citizens in desolate patches of land called reservations where they were forced to emigrate to often quite literally at the barrel of a gun. This receives very little attention in the news, nor in our history classes, the Trail of Tears being a mere footnote as the otherwise great and glorious expansion of the American people rolled west. Let me tell you this, it isn’t called the Trail of Tears for nothing. They weren’t tears of joy being cried with excitement as they moved to their new home in Oklahoma, it was a death march that makes the Bhutan death march seem like a cake walk.

At precisely the same time, African slaves were being kidnapped from their homes and brought to America in chains to build our society from the ground up and support our economy through their dreadful labor. These people were legally property and not humans and they were treated as such for several hundred years. Even after the Emancipation Proclamation of 1863 and the ratification of the 13th Amendment, officially abolishing slavery in 1865, African Americans have been treated as second class citizens at best and inhumanely to be more accurate. Even now 150 years after the abolition of slavery, African Americans as a whole are significantly worse off than their fellow white citizens. They are disproportionately incarcerated, targeted by the police, their quality of healthcare lags behind, they are offered fewer opportunities at education and employment, and are generally mistreated in terms of every conceivable metric. This isn’t an accident either. It is the byproduct of institutionalized racism at the local, state, and federal government level, and it is the result of continued racism imbedded deep within our societies.

Racism continued to exist like a cancer within American society throughout its history. Every time a new group of migrants from various regions began to move to our country in significant numbers, racism and xenophobia would soon rise up. Of late that hatred has been directed more vehemently at Latin-Americans and Asian Americans and Pacific Islanders.  Americans have been told, sometimes from the highest levels of our government, that these Latin-Americans are rapists, murderers, and thieves who come to pillage and burn our great civilization. These words are filled with hatred and quite simply they are completely wrong, uttered only to stoke fear in the hearts of those foolish enough or scared enough to listen, and spoken to advance the agenda of those in power who thrive off of such division, chaos, and hate.

Violence and racism towards Asian Americans is nothing new. Chinese immigrants first came to America in significant numbers during the mid 19th century to assist with construction of railroads and other projects as the United States expanded west. The first noted example of extreme racism, though likely there were numerous less documented prior, was the Rock Springs massacre of 1885 where Chinese miners were attacked by their white counterparts leaving no less than 28 dead. Such racism would never end, it would merely be ignored until it would garner attention again during World War II when our fight against Japan led President Roosevelt to inter over 100,000 Japanese Americans in what can only be described as prison camps.

Of late, racism against Asian American’s has been on the rise, this time supposedly response to anger and hatred over the Covid19 virus. Perpetrated again by the highest levels of the American government, specifically former president Donald Trump – whom I will go on record as calling the shittiest American in the history of our nation, anti-Asian racism has spread amongst the ranks of the angry, the mean, the uneducated and the scared. Last Tuesday’s attack was just the most recent and tragic example.

One of the points that was reiterated throughout the summer of 2020, and still so today, is that incidences of racism are not necessarily on the rise, merely the reporting and documentation of such incidences, something that modern technology has allowed us to pay closer attention to. Racism has been here in this country from day 1 and is still here today and it has simply got to stop.

The last several paragraphs barely give even the slightest glimpse into the history of racism in our country. I could write an entire book about racism against any and all minority groups of Americans. I apologize for the crucial details I have left out in my cursory explanations. Were I to even attempt to enumerate the countless atrocities and acts of hatred towards any of the aforementioned groups, I would inevitably fail to truly capture the magnitude of racism and racist acts in this country. It is that bad and it has been there that long.

If you are reading this and thinking to yourself “I sure am tired of hearing about racism” then think how sick of living with it are those who have to deal with it every day. Imagine if you can the fear that your life might be taken by some deranged ass-hole, who can’t comprehend basic human decency, simply because of the way you are. Personally, I am a white, heterosexual, male living in America, which means that I belong to easily the most privileged and generally well treated groups on earth. I cannot even begin to fathom the fear, the sadness, and the anger that those who must personally confront racism every day must feel. I know those who belong to the same group as me who simply want to brush off racism, ignore it, or pretend it isn’t real, “lets just get back to watching sports” or “why cant we just get over this fad” as if it were just a trend and not the very nature of our society. What a privilege that is and shame on us for so dismissively addressing what for many is an issue that consumes their very lives.

If we are ever going to reach a world where racism and hatred are non-existent, and humanity exists together in harmony and happiness, we, every single one of us, need to ask ourselves what we can do about this problem. It begins with you, with yourself. To my white brothers and sisters guess what: you are probably more racist than you realize. But you know what, that does not inherently make you a bad person. It isn’t black and white (in terms of good and bad here) its all various shades of grey. Yes the worst acts of racism are done be overtly hateful, cruel, and inhumane of perpetrators. But the most common form is likely that of passive, pre-conditioned, and unrealized racism that lies within us, myself included, simply as a bi-product of when and where we came to be.

We can’t wait for the next Dr. Martin Luther King, the next Robert Kennedy, or the next John Lewis to lead us to a better and more welcoming and accepting world. Those type of human are few and far between and we simply can’t afford to wait. What can happen is that every single one of us look within, to contemplate what role our thoughts, words, and actions may play in contribution to this messed up society. We need to look deep within, to see beyond geographical ancestry, beyond skin color, and culture and recognize the soul within every living person, and recognize our connectedness, our shared humanity, and our shared desire to live happy and joyous lives with those who care most about. The very founding of our society acknowledged the right to the pursuit of happiness, think how our thoughts and every day actions may prohibit the pursuit of another’s happiness. Help one another in that pursuit don’t hinder. We need to recognize that we are more alike than different and that those differences are literally only at surface level. We need to love one another, not hate. Only the unloved hate as we remember from Charlie Chaplin’s speech.

I know this post may have you down but truth is it just doesn’t feel right to put on a smile and act like everything is alright when all around us there is hate. I know there is good to and if you search for bad you will find it just as if you search for good you will find that too. But I couldn’t just ignore the suffering of the Asian American community of late. Every human has the right to find happiness and nobody should come between that. If I could at least try to leave you with an uplifting message I would remind you that you, every single one of you, has the power to create a better and happier world. Look deep within yourself, recognize your own humanity, and your capacity to love, and spread that outward, embracing all of your fellow mankind with love and happiness. It simply isn’t enough to be neutral. You must be actively anti-racist. This problem has been here a long time and it isn’t going away. If it will ever be cured, it can only be cured through the actions of each and every one of us, beginning with the asking ourselves “how can I be an ally against racism, how to I become anti-racist.” As Edmund Burke said – “the only thing necessary for the triumph of evil is for good men to do nothing.” Don’t let evil triumph. Don’t be a good man or woman who does nothing.

We can build a happier world. It won’t be easy but it is possible.

Below are some helpful books you can read to become more aware of and a better ally in the fight against racism.