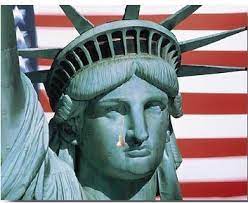 It hasn’t even been a week and here we are again, discussing yet another mass shooting in the United States. I wish we could talk about dogs, exercise, philosophy, or another fun subject like we have in the past, but just as I did last week, I feel a sense of moral obligation to discuss this tragedy. We cannot have a positive and meaningful conversation about the pursuit and realization of happiness without touching on the polar opposites, fear, tragedy, despair, and grief. It breaks my heart because yesterday 10 people went out to buy groceries and never came home to their loved ones. Maybe they were picking up ingredients for a special occasion, maybe they just wanted to grab a six-pack of beer after a tough day at work, or maybe they were there to buy flowers as I way of saying I love you, or maybe they were just greeting customers at work. Whatever their reason, they didn’t come home and they never will because some disgusting excuse of a human being decided to take their lives.

I don’t know the shooters name and I don’t care to. I don’t know his motive and I don’t care to, because whatever it is it doesn’t excuse what he did. What I do know is that he purchased his firearm just six days prior to the shooting. A firearm that just days prior would have been illegal, were in not for the prohibition being repealed by Colorado lawmakers, a decision that was lauded by the National Rifle Association and other pro-gun groups. When the firearm was purchased, the shooter was able to drive home with his new tool of destruction the very same day he went in to buy it. There is absolutely zero holding period on a gun purchase in Colorado, just as there isn’t in Georgia, where the suspect in the recent shooting bought and received his weapon just hours before he went on his deadly shooting spree. That’s right, in both Colorado and Georgia, the two states where the recent mass shootings took place, you can acquire a high-powered weapon more easily and more quickly than you can apply for a voting registration, right here in “the freest country on earth.”

America has a gun problem, plain and simple. We call ourselves the greatest country in the world, the best at everything. Well here’s one statistic where we are first, though “best” certainly isn’t a word I would use: The United States has the highest number of gun deaths than any other developed nation, and before anybody argues that it’s because we have a large population that same damning statistic is still true when we adjust for population. This simply isn’t a problem that other developed nations. In 1996, after the Port Arthur massacre left 35 dead, Australia passed sweeping gun reform laws and haven’t had a mass shooting since. This doesn’t happen in the UK, it doesn’t happen in Germany, it doesn’t happen anywhere but here where we have some misguided notion that our antiquated rights to bear arms and form a militia supersedes the supposed unalienable rights to life, liberty, and the pursuit of happiness of others.

The second amendment to the United States Constitution, for those who don’t know, states “A well regulated Militia, being necessary to the security of a free State, the right of the people to keep and bear Arms, shall not be infringed.” Since then it has become one of the most heavily contested, misunderstood, and devastating amendments in the entire constitution. To understand the 2nd amendment, one must understand the context from which it came. The year is 1788, and the new nation of the United States of America has just won its independence from Great Britain in a bloody conflict called the American Revolution. The weapons of choice from the time are muskets, bayonets, and the occasional cannon. I am no constitutional scholar and I am not a lawyer, but I highly doubt that what the founding fathers meant was: every citizen, no matter their mental state, has the right to purchase guns not just for home defense but for the purpose of taking massive amounts of life in as little time as possible, and that this right is more important than any other citizens rights to live. I just used the phrase above, literally in the Declaration of independence, Thomas Jefferson referred to the rights of life, liberty, and the pursuit of happiness as unalienable rights of all men endowed upon the by God himself. Does not this gross misunderstanding and abuse of the second amendment not infringe on the unalienable rights? What about Suzanne Fountain’s right to life. What about Denny Strong’s right to the pursuit of happiness. Both are over now, along with many others because lawmakers decided that the shooters right to own a high-powered weapon was more important, with no attempt to understand who he was as a person or what his intention might be.

I challenge anybody to create an effective argument that the prevalence of weapons in our society isn’t directly correlated to our gun control, or lack thereof. As mentioned before this does not happen anywhere else. We are the only place where mass shootings occur with such frequency and we are the only country with such lenient gun ownership laws. Do accidents happen, of course they do. The March 2019 mass shooting in Christchurch New Zealand was a tragedy of immense proportions. But in New Zealand it was a tragedy, and not a weekly occurrence like it is in the United States. Can bad people always find a way to do damage? Yes, bad people intent on causing destruction will always find a way. In China in 2010, there was a mass stabbing event where 25 people were stabbed to death. You know what would have been a lot worse, if those perpetrators had access to an M4 high rate of fire weapon such as they could get in the United States.

I’ve heard the mental health argument before and yes, of course mental health matters, but the issue isn’t just mental health, the issue is mental health, lax gun control laws, and much more. The fact that both the perpetrators of the recent mass shootings purchased their weapons in such a brief period without any thorough vetting is a black spot on the soul of a nation that regularly allows such things to happen. Had there been better screening that might not have happened. As a country we absolutely need more resources towards mental health issues not just as it relates to violence but in general. I wish that these two men had someone to talk to about their issues before being driven to do what they did but that isn’t an acceptable excuse. Stricter gun laws could have prevented this, plain and simple.

Whenever such a thing happens, one of the most common responses from those who support the prevalence of firearms throughout every facet of society is: now is the time for unity, not politics. Pardon my French but shut the fuck up (a bit off brand for me but this a difficult subject and I am tired of seeing it persist), if now isn’t the time when is? We always say now isn’t the time, we lower our flag to half mast, we stick our head in the sand and preach unity instead of confronting the problem. Then a week goes by and the same shit happens again. Now is the time for having this discussion because until we realize that the system is broken, and until we do something to fix it, it is going to happen. Insanity is doing the same thing over and over and expecting a different result. In this country we deal with every mass shooting the same way – by doing nothing, and it continues to happen. This has got to change.

As an aside, yes I have heard the “criminals don’t follow laws so gun laws won’t change anything” argument. No, they don’t, but enacting stricter gun laws and putting restrictions on manufacturers and dealers should be able to deliver some sort of tangible result. Furthermore, how many instances of gun violence are committed by people whom up until the commission of their crime were law abiding citizens? The issue isn’t the illegal guns, the issue is the legal guns and the lack of any restraint from the law or from manufacturers, understandable since the NRA owns our nation’s policy makers. And as far as the “good guy with a gun” idea, where the armed bystander becomes a hero, you are actually more likely to be killed by your own gun than you are to prevent the happening of a crime.

I wish I could stand here and deliver a solution, but I don’t have one. I am hoping that the least I can do is call my fellow citizens to action and that we can somehow persuade a change to take place. I don’t have the answers but the first step in fixing a problem is admitting there is a problem. In 2019 – the last year with “normal data” since 2020 was altered every facet of live including but not limited to gun violence, we had 417 mass shootings in the United States, that’s more than 1 per day. Tell me that isn’t a problem. I look forward to the day where every one of my posts can be about sunshine and roses and puppies, but when I continue to see other people’s lives ruined it sickens me. These people aren’t just statistics, they are human beings, and it pains me to know they no longer have the chance to lead happy lives and that their loved ones grieve their loss and experience a loss of happiness. Enough is enough. We need to make a change.

One of the most horrifyingly true statements ever made was: “The Death of one man is a tragedy, the death of one is merely a statistic.”

Josef Stalin said this and while he was a man who knew a lot about death, this statement is chillingly accurate. When we read about 10 dead its easy to dismiss it as just a number in the ever-growing number of gun fatalities. But those people weren’t just numbers. They were peoples sons, daughters, mothers, fathers, brothers, sisters, friends and more. They had goals, they had passions, they had a favorite dessert, or a favorite joke. When we examine the lives of these people whom we otherwise regard as statistics, it puts a face and a life into perspective that can’t be ignored. NPR has published a story of the lives of March 22nd’s victims. I urge you to read about these poor innocent people and tell me you aren’t moved by their story. If you can read this without tearing up, or without believing we need to make a change then shame on you. I will admit that I myself am a gun owner, but if I had to submit myself to more stringent screenings, or some manner of safely managing gun control, I would happily comply knowing I was honoring a system put in place to protect others.