Mark Twain once said: “There isn’t time, so brief is life, for bickerings, apologies, heartburnings, callings to account. There is only time for loving, and but an instant, so to speak, for that.” Dr. Robert Waldinger, a Psychiatrist at Harvard University Medical School, ended his famous Ted Talk on the importance of relationships in our happiness with this quote. Following that, he himself had this to say, which I found so true that until moments ago I thought he was continuing with Mark Twain’s quote: “the good life is built with good relationships.” During the talk, Dr. Waldinger discussed the findings of The Grant Study, the longest running research study on the subject of happiness. Dr. Waldinger is currently the fourth director of the study which has been continuously running for over 75 years now. Today’s post is a discussion of Dr. Waldinger’s Ted Talk, the Grant Study, and the importance of meaningful relationships in our lives. You can view his speech here 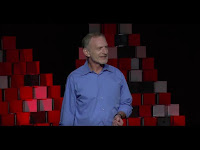 Since beginning to read about philosophy, psychology, emotions, and happiness, especially in the last several months, I have seen time and time again that quality relationships are of the utmost importance to our overall wellbeing. The Grant Study began in 1939 with several hundred teenage boys from the Boston area, half of whom were privileged enough to attend Harvard, and half were from the poorest and most vulnerable communities of Boston. The study has included dozens of interviews and hundreds of data collections resulting in thousands of pages of information. The most significant findings of the study were that as they aged into their 80’s, both health and happiness of the subjects was not connected to any biological or physiological marker, but by the presence of close relationships within their lives.

Whenever we visit our physicians for our check-ups, we always look at blood pressure, pulse, heart rate, cholesterol, lipids, glucose levels and other biological markers. Of-course these measures are important and if they are significantly deviated from the norm, then we face serious health concerns. But none of these indicators are the greatest predictors of how long we will live, how healthy we will remain during the duration of our live, or how happy we will be. No, the most accurate indicator of longevity, health, and happiness from the study was the presence of quality, close relationships. Per the Grant study, those who reported loneliness, or the absence of close relationships died significantly earlier than those who reported the presence of close relationships. Not only did the lonely die earlier, but their years were marked with earlier onsets of memory loss, and greater unhappiness. By the age of 50, researchers were able to accurately predict who among their subjects would live healthily and happily into their 80s based on the presence of happy relationships 30 years prior. That is a fascinating discovery.

Waldinger added the saddening statistic that at any given moment, 1 in 5 Americans reports feeling lonely – keep in mind that Dr. Waldinger spoke in 2015. I would imagine that following the Covid19 pandemic and lockdown, that those numbers have gone dramatically up. It breaks my heart to think of the lonely, I have been there many times myself. Of note from the Grant study was that the study notes that many of the happy relationships are filled with bickering, this is normal, but what influenced the health and happiness of the subjects was that they could count on their partner in true times of need, in the moments that really mattered.

I find the results of the study not terribly surprising. From my own experience I can report that the times in my life when I feel most happy are when I feel close to my friends, my family, or my partner as I do now. The moments of my life where I felt the worst really had nothing to do with my level of success at work, where I was in the world, or what responsibilities I had. There were times where I was crushing all my goals at work and receiving daily praise from my manager and VP but still felt depressed. On the other hand there have been moments where the bills mount up, my physical health takes a hit from an unforeseen accident, and nothing seems to be going well but I still find myself happy because I have close meaningful relationships with people I care about and whom I know I can count on. Can you think of any such examples from your life? I think that the importance of relationships to our quality of life is due to human evolution as social creatures. There is nothing remarkable about us as physical specimens and were it not for our ability to work well as a group, we would likely have found ourselves extinct in a harsh and cruel world. It is our cohesiveness and our concern for one another that makes humans strong.

One thing I do find interesting is how often we are steered away from meaningful relationships in our lives. The various social media accounts I have created for this blog are inundated with other accounts who call themselves motivational accounts, or accounts that will help you unlock true happiness. Nearly every-one seems to associate happiness with money and possessions. To be honest I find it sad and sickening. It is a sad commentary on the state of the world that material wealth has been presented to us as the highest form of happiness. We glorify those who shun all friendships and romantic relationships in pursuit of “the hustle” or “the grind”, those who embrace the vile maxim of “acquire wealth, forget all but self.” We are constantly flashed messages that urge us to work our ass off and get the yacht, then we can get friends. What kind of friendships would those even be anyway? It’s a saddening and maddening state of affairs. Interestingly, the last observation of the Grant study was that those who reported having happy personal or social relationships made significantly greater amounts of money than those who reported being lonely. Food for thought.

Whether your sense of happiness is making lots of money, physical health, a sharp memory, or just a good vibe that you feel, the evidence overwhelmingly suggests that all the above are positively influenced by meaningful relationships. Just as Dr. Waldinger ended a quote, so too will I leave you. Unsurprisingly from those of you who know me, mine comes from the Dalai Lama: “Love and compassion are necessities, not luxuries. Without them, humanity cannot survive.” 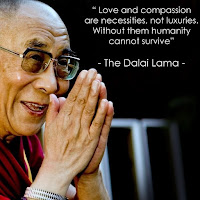