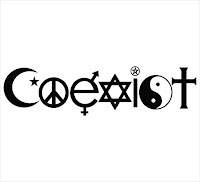 One of the most pleasing discoveries I have had since starting my blog on happiness is recognizing the level of agreement that people of different backgrounds seem to have when it comes to happiness. It doesn’t matter if we are talking about the Confucians in China who lived 4 thousand years ago, Stoics in Ancient Greece twenty-five hundred years ago, Renaissance thinkers in Europe in the 1500’s or Harvard psychologists who are still alive and well today; beliefs around and notions of happiness maintain commonalities that cross geographical and temporal boundaries. People throughout history from all over the world, regardless of their circumstances or education have repeatedly iterated and collectively agree that happiness is the aim of life, that it is not a selfish pursuit but a worthy one, and that it can be found in certain ways. It is on that latter notion, the way (or one of the ways) that we can find happiness, which I want to discuss today.

In my research and readings of late it has become apparent to me that the ideas of charity and compassion are emphasized in a multitude of religions, cultures, and philosophies – perhaps being the most commonly shared value in humanity. Religious texts and psychological documents are rich with evidence suggesting that charity and kindness not only bring happiness and alleviate the suffering of the receiver, but also that they are essential values to bring about joy and meaning to the life of the giver. 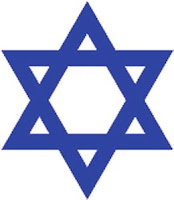 There are estimated to be over 4,300 religions existing in the world today. It would take me a lifetime to go through the important scriptures and texts of each to support my claims. Instead I have chosen to focus on some of the more popular religions and those with which I am most familiar, those being: Buddhism, Christianity, Hinduism, Islam, and Judaism. Every one of these religions places the utmost importance on kindness to others and charity. In the Christian Bible, psalm 112:5 says: “good will come to those who are generous and lend freely, who conduct their affairs with justice,” while Proverbs 11:25 adds: “A generous person will prosper; whoever refreshes others will be refreshed.” The Quran, the word of Allah (God) for the people of Islam we read that: “There is reward for kindness to every living thing.” Allah said unto his prophet Mohamemd: “What actions are most excellent? To gladden the heart of human beings, to feed the hungry, to help the afflicted, to lighten the sorrow of the sorrowful, and to remove the sufferings of the injured.” The Talmud, the Jewish holy scripture says that “Tzedakah (charity) is equal to all other commandments combined.” One of the central components of Hindu belief is the concept of karma: which is that all good and bad actions will be answered. Charity is done not for reward but rather to create goodness and create a world and existence free of suffering. His Holiness the 14th Dalai Lama, believed by Buddhists to be now the 14th reincarnation of Buddha, the central holy figure of their religion. He says that the essence of life is to practice compassion and that “Compassion can be roughly defined in terms of a state of mind that is nonviolent, nonharming, and nonaggressive. It is a mental attitude based on the wish for others to be free of their suffering and is associated with a sense of commitment, responsibility, and respect towards the other.” He adds “if you can, serve other people, other sentient beings. If not, at least refrain from harming them. I think that is the whole basis of my philosophy.”

It isn’t just major world religions that emphasis kindness, compassion, and charity but Atheists as well. Atheism of course isn’t a religion as it is literally the absence of religion, but it it were it would be the 3rd largest religion in the world today. Richard Dawkins in his renowned argument against the existence of a deity argues that kindness and compassion are core human values and that we practice them not because a man in the sky or an old book tells us too but because the very nature of our survival depends on mutual support, trust, compassion, and cohesion amongst us. This belief derived from theories of Charles Darwin, who lived most of his life as an atheist and was criticized by the church for his beliefs in evolution rather than divine creation. Darwin himself postulated that there was an “instinct of sympathy” in humanity and that was critical to our survival. The instinct of sympathy inspired us to help others not only because we are able to empathize their pain but because acting on sympathy or helping others is what makes us strong. Again, in terms of raw strength, power, speed, etc., humans are not impressive and the only reason we have been able to evolve and survive as long as we have is because we have developed the ability to help one another and work together. Dr. Linda Wilson (I have no idea what her religious beliefs are but I will lump her in with the atheists at least in terms of her approach to altruism and compassion) theorized that compassion is part of our basic survival instinct –  a stark contrast to early theorists who believe that our nature tends towards hostility and aggression.

Seeing the prevalence of compassion and kindness as critical and core human values brings me great comfort and joy. It comforts me because it reinforces the idea that being kind to others is the ultimate way to create joy and happiness in the world. If so many people from different times and places would share this common belief, how could we be so wrong. Don’t just take the word of renowned scientists or religious figures, try being more charitable and kind in your own life. If you have done this before do you remember how great it felt? It doesn’t just alleviate pain and suffering in others, it enriches your own life as well to a point where it could even be argued that charity is a selfish act. I see no downside to a world where everyone is committed to helping one another, to easing the burden that we all carry on this journey of life, and to putting more happiness into the world. What we give to others we receive ten-fold in the enrichment of our beings and our soul. It doesn’t matter if you do it because your way to heaven depends on it, if charity is your only way to attain karma, or simply because your survival depends on being nice to others. What matters is that you when you do good, you help others and yourself. 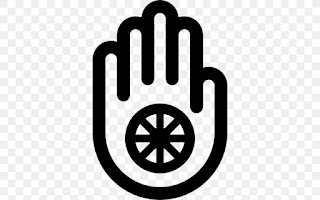 There are many ways that one can practice charity and compassion. It can be in financial donations, giving ones time to charitable organizations, doing a random act of kindness, or even just a smile or a hug to a loved one or maybe even a complete stranger. Remember the words of Edmund Burke: “nobody made a greater mistake than he who did nothing because he could only do a little.”