Everyone has a mom, somebody who carries us and gives birth to us, but not everyone has a mother, a woman who nurtures us, cares for us, loves us, and raises us to be a good human. Today, May 9, is Mother’s Day in the United States, a day when those of us who are lucky enough to have a mother honor and appreciate the impact of our mothers. A mother doesn’t have to be a biological relative, it can be any woman who is a strong female presence in our lives. I am one of those lucky enough to have a mother, who also happens to be my mom, the woman who carried me and birthed me, an experience that nearly killed us both, and raised me, an experience that probably led to her first gray hair. This post is an appreciation of my mother and all mothers in the world, for all that they do.

I am not writing this only because I know that my mother will see this, being one of my few if not only dedicated readers. I am writing this because my mother’s impact on my life deserves to be stated and declared, though she would never ask for it. My mother was an elite level distance runner, with a Georgia state record in the marathon and perhaps a shot at international level competitions. The day after she found out she was pregnant with me she went for a walk instead of her usual run, because at that time it was thought that running while pregnant was bad for a child’s health. Not even born and my mother was making sacrifices for me.

Among the earliest feelings I can recall in my time on this earth are of affection for my mother. She made me feel safe and secure when the world seemed scary and dangerous, and I felt my best around her. I can recall driving past a cemetery one day and asking her about death. The concept was frightening especially as to me the impression was that you just have to hang out in your coffin and sit there for all eternity. I told my mom that when it was my turn to die and be buried I wanted to be buried in her coffin so that we could spend forever together, that way it wouldn’t be so bad. 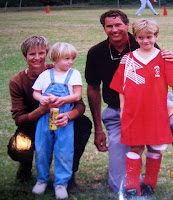 Throughout childhood she pushed me hard in sports and academics, a push that I often didn’t want or didn’t appreciate. From her it wasn’t anger, maliciousness, or that I wasn’t good enough, it was that she saw the best in me even when I didn’t see it in myself. At times I would feel let down having not done well enough, but what hurt the most in those moments wasn’t her words but my own realization that she was often right, that I hadn’t done my best. Do do your best at anything is a form of vulnerability. To do your very best and still fall short of your goal means you have truly failed and that that failure is seen. Not doing my best at anything was sometimes my way of hiding, of avoiding vulnerability. To fall short of the goal having not done my best was a way of security, being able to remind myself silently that I didn’t truly fail because I never did try. My mother was one of the people who saw the best in me and dared me to be courageous enough to actually try my best at anything, something that I still work at, but believe I am capable of thanks to her.

I could write a whole book about what she means to me but I will instead add just one more anecdotal story. The setting was that I had returned home to visit her during the fourth of July holiday,  several months after having started my first job after my graduate school education. I was working as part of a Collegiate Athletic program in Miami. Without going into too much detail, it was nothing like what I thought it would be and I found myself depressed in an unrewarding work environment and lonely in a place where I knew nobody and lacked the time to make social connections. I lamented my despair to my mom, that same feeling of comfort and security still being intact 25 years after my birth, and I broke down into tears as I described the feeling that I would soon have to go back down to Miami, to the place where I was miserable. By the time I had landed I had no less than 25 different job applications emailed to my inbox, every single one of them from my mother, who had clearly spent hours researching jobs I would enjoy in locations that would bring me comfort, all to help me feel better. I ended up taking one of those jobs which brought me to Atlanta, a place that feels like home and where I have begun to make my life. All thanks to her dedication to me.

I have always loved and appreciated my mother, and what she has meant to my life. That feeling only intensifies as I grow older and realize how lucky I am. There were times where we butted heads sometimes because we saw things completely differently, at others because we were so exactly the same that the presence of two such individuals could only end in an explosion. This is only natural and I wouldn’t trade her for the world. My experience in life has shown me just how fortunate I am to have a mother, a strong and nurturing female presence that doesn’t hinge on blood-relation, and not just a mother but my mother. I see those who lack such a presence and my heart aches for them. It fills me with gratitude that I have the mother I have, and while I may only remember to say it today on mother’s day, she should know that I feel this way every day. She has always put me first and is a huge part of the reason why I live the happy life that I live today. 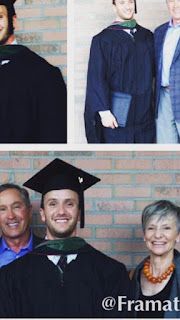