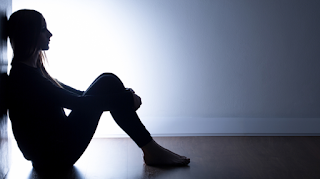 Today I want to discuss a few helpful strategies that can help as you cope with anxiety and depression, specifically when the reason is because we feel alone or isolated. The first step to any problem is recognizing the problem. It can take some time to recognize that the way we are feeling isn’t just feeling bad for no reason, but that what we are experiencing is anxiety or depression. Once we have identified that we do have a problem, and that that problem is anxiety and or depression onset by feeling alone, then we get to solving it. I am certainly not qualified to make any sort of clinical diagnosis or offer any medical advice. However, as someone who has at various moments dealt with the struggles of anxiety and depression, dug my way-out numerous times, and tried to understand these feelings, I would like to share some strategies that helped me feel less alone and isolated.

Feelings of isolation are at the core of why most people feel depressed or anxious. It can seem at times as if you are the only person in the world or that the world is moving on and taking no notice of you. Incidences of depression have been more prevalent than ever over the past 15 months as people the world over struggled with the emotional and psychological toll of the Covid19 pandemic and the ensuing lockdowns enhancing feelings of loneliness in many of us. Human beings evolved to thrive in group settings. Our lack of true physical prowess relative to other species left us as vulnerable targets in the struggle for survival. Humankind’s solution for this problem was to evolve into a species with close bonds to one another, forming herds or tribes wherein we would rely on each other for safety, security, and shelter. The formation into herds or tribes for safety also meant that human brains became wired to desire and thrive in close contact with other humans. Our minds work their best and feel best when we have close contact and relationships with others. Modern life in general has made this type of closeness rarer: as we retreat to the comforts of our own living room and dive into the world of mindless stimulation, we get from tv or social media rather than spend time with our friends and neighbors. This isolation was compounded when the worldwide health crisis necessitated the need to eliminate interactions to stop the spread of Covid. I won’t argue whether isolation and lockdowns were the best way to stop the spread. The fact is though that self reported levels of anxiety and depression were significantly higher in 2020, the year of the lockdown, than previous years as reported in the UN’s World Happiness Report.

All this is to say that if you recognize that the cause of your anxiety or depression may be feelings of aloneness, there is a good reason for that, and the answer is to simply attempt to interact more. The extent to which even the most minor of interactions can have is pleasantly surprising. I can recall a period in my life in my early 20s where I felt detached and removed from any sort of connection. I was living in a foreign country at the time, all my friends were back home in the States and I felt completely isolated. While there were larger issues at play that needed addressing, sometimes something even as minor as a casual exchange of pleasantries with a cashier at a grocery store could bring me out of my pit of despair. Sitting in my hotel room feeling sorry for myself only dug me deeper into depression but getting out and interacting with other people was my lifeline. I would go on walks just to be around other humans and realize that the world was still spinning, there was still a whole world here filled with people and that I was not alone. Another example is when I first started working from home for my current job. At first, I loved the fact that I no longer had to wake up early for my commute and that I could work at my own pace. I quickly started to feel sad as I missed the face-to-face interactions with other people, even angry customers if you could imagine. Emails and phone calls were a poor substitute for that social interaction my mind needed just as direct messages and snapchats are a poor substitute for real socializing.

What I did then that helped me out was to start leaving the isolation of my dark one-bedroom apartment and either go for walks, or go set up shop someplace where I wouldn’t be alone. If I went on walks I would make an effort to smile and say hello to anyone I passed. I would get my fair share of strange looks and cold shoulders but more often than not I would get a smile and hello in response if not a brief conversation. I would feel an instant sense of joy, relief, and happiness following such an encounter, with even just a smile from a fellow human being enough to make me feel re-connected to the world.

I also started visiting a local coffee shop where I would set up my laptop and work for a few hours of every day. Other than placing my order with the baristas, with whom I would exchange mild pleasantries, I didn’t interact much with other patrons, but simply being around other people who were trying to navigate their way through life the same way I was, was a meaningful encounter for me as it made me feel like I was part of the tribe of humanity again, and not a lonely soul who spent his time locked in his apartment. I didn’t even need to truly interact with anyone else, it was enough just to be out in public, to remind myself I wasn’t the only soul on this rock flying through space. It sounds simple but the impact was profound. My advice if you feel alone would be to leave your room and just go out and be yourself in public.

Sometimes it is not enough just to be in public around strangers. Often what we need are real relationships and connections. A random encounter with a stranger on the subway can assuage our feelings of isolation but it is important to have real, deep, and close connections with at least a small handful of other people as well. As we get older, we often find it more and more difficult to meet new people and make friends. School and organized afterschool activities provide the opportunity to establish friendships when we are young, but when those institutions are removed, we struggle to replace them. One of the best fixes for this is to involve yourself with groups of people who share the same interests as you. You can find a chess club or a cooking club if those are your interests. If you like sports you can see if there is a rec league with a team in the neighborhood.

Be mindful of the fact that the world is full of people just like you who are very well struggling with the same problems. A major cause of depression and anxiety is the perception that we are the only person who feels such a way. Understanding that other people feel the same way we do, that we are not alone, and have the same struggles, is a transformative realization that opens up the door for connection and empathy with others. I hope that you got something out of this passage. If you struggle with feelings of isolation, risk being just a tad bit vulnerable, put yourself in the arena of the public and do your best to just smile and say hello to a stranger, or seek out those who share your interests and see if you can’t build a connection. Even the attempt will make you feel more connected to the world around you.