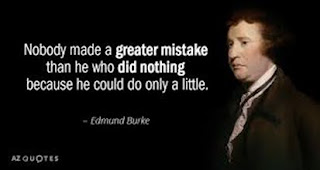 There is an ugly side to this issue as well. The ugly side is that bad news and frightening events are on greater display than ever before. One thousand years ago, the knowledge of a civil war in Yemen would never have been realized by people living in the Americas and a devastating mudslide in Nepal would never be known in Germany. With modern technology however, we become privy to nearly every event, good or bad, that occurs anywhere in the world. I want to particularly emphasize the bad news that gets shared. Keep in mind that most news outlets are for profit businesses, which ignoring their inherent biases and slants they put on the news means that they want to make money. The way they do this is by selling papers and generating website clicks. They also know that bad news sells better than good news. Good news just simply doesn’t make headlines and so the profit obsessed media is more likely to report tragedy that happened in the world and ignore the one hundred bits of good news. There are many historians, sociologists and other scientists who believe that the world of today knows greater prosperity and peace than at any other point in time. Yet because technology precipitates the sharing of information at such a fast rate and global scale, and because that slant leans toward the negative, it would be easy to believe that we are headed for imminent doom.

That does not mean that there aren’t tragedies every day nor worrying trends that we need to be concerned about. This brings me to my next point which is the alarming level of apathy that I notice in my peers. I am all for a certain level of cultivated ignorance. I routinely take social media breaks whether it be for several hours or several weeks, sometimes there is just too much happening in my head and I need to tune it out. The stoics introduced us to a concept called cultivated ignorance. Cultivated ignorance is willingly deciding exactly how much and what sort of information one chooses to pay attention to and act upon. There are simply too many happenings about which any one individual can inform themselves or act upon. Furthermore, many people who do wish to make the world a better place would be better served by working on themselves before they dedicate their majority of their time to solving the worlds problems. This can come in the form of taking better care of our own health, getting our finances in order, resolving familial conflicts, advancing our own education etc. These are all worthwhile causes and should not be considered selfish pursuits. Remember the Alchemist, where Santiago learns that by following his own personal legend, he is nurturing the soul of the world, for the soul of the world or the spirit of humanity is nurtured any time we improve ourselves. Take care of yourself before you take care of others. I am a big supporter of self improvement and believe it should be a lifelong process for all of us. Another stoic philosophy I mention here is that we must have the presence of mind to recognize that which is within our power to control and that which is without.

One of the consequences of the age of technology in which we live is that we actually CAN control or at least make a difference in far more ways than we realize. Ignorance of world events is no longer an excuse for not making an effort towards improving the world we live in. I am disturbed by the amount of apathy that I see in many people who cannot honestly say that they are unaware of the world but simply do not care enough to do anything. I feel that so long as they have food, shelter, and a stable WiFi connection that, I won’t say most but too many people, would simply be content to stay home and watch sports rather than lend a hand to help someone in need. I won’t adopt such a pessimistic view of humanity to say that all or even most people don’t care, but too many people are more concerned with their “likes” on social media or about staying informed on the latest shenigans from one of the Kardashians. There is nothing inherently wrong about having a few favorite tv shows or caring about sports. I have for years been a painfully loyal fan of Atlanta and Georgia sports teams, despite all the heart ache it has caused me, and I routinely binge watch television shows in bed with my girlfriend. But there is also time for giving a shit about other people. The Buddhists say that we become a better person when we adopt a genuine concern for others and make a concentrated physical and mental effort to alleviate the pain of any and all who suffer. The famous Buddhist scholar, former monk, and close friend of the Dalai Lama, Thupten Jinpa defines compassion as “what connects the feeling of empathy to acts of kindness, generosity, and other expressions of altruistic tendencies,” and “a sense of concern that arises when we are confronted with another’s suffering and feel motivated to see that suffering relieved.” I don’t believe that the problem the world faces today are insurmountable or that things are as bad as they seem. I do see that one of the biggest issues of humanity is too much self-centered thinking and not enough compassion. The Dalai Lama said that “too much self-centered thinking is the source of suffering. A compassionate concern for others’ well being is the source of happiness.”

The good news is this: the same technology that sometimes frightens us into thinking the world is ready to explode is the same technology that can allow literally anyone to make a difference. There are many charitable organizations or funds that anyone with a little bit of extra money can donate to online. Take the time to consider an issue that matters to you, find an organization that addresses that issue, confirm that they spend their money appropriately, and donate to that charity if you are able. There is so much more to give than money. Perhaps the best donation that can be made is our most precious of all, our time. Take the time to educate yourself about a subject and find out if there is something you can do. Maybe you can fight homelessness by participating in habitat for humanity, maybe you can address poverty by volunteering as an educator and helping a struggling person to find employment and care for themselves. In the United States and other open societies, we also have the power to influence policy, or at least we are given the impression that we can. Exercise your first amendment right and join a demonstration for an issue that concerns you. Write to your senators or local representatives, they are or at least should be ultimately answerable to you the voters. The possibilities are endless and whether you are donating your time to help your own community or giving money to provide clean water to a community overseas is unimportant, what matters is that you are doing something. Even something as simple and silly sounding as talking about issues over whatever platform you command on social media is an effort to ease the suffering of others.

Do the problems of the world sound so great that they can’t ever be solved? Are you afraid that you are too insignificant to make a difference? Heed the words of Edmund Burke who said: “nobody made a greater mistake than he who did nothing because he could only do a little.” EVERY effort helps. I believe that even thinking about helping is a step in the right direction. Ignorance is simply no longer an excuse for apathy. We all want to live in a better world, one where every person gets to enjoy what Thomas Jefferson called the unalienable rights to life, liberty, and the pursuit of happiness. The potential for the realization of that dream lies within every one of us. We all possess the power and the means to improve the world in which we live. Pick something, anything that matters to you and see what you can do to address that. Remember, even starting by working on yourself is progress for all of humanity.

Here is a list of 8 charitable organizations that give over 90% of their donations to their stated cause.