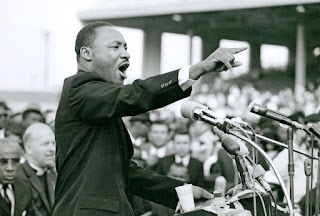 Critical Race Theory is presently a concept of great discussion in the United States. With the historic level of awareness, activism, and support for addressing and combating racism in 2020, a number of education systems have proposed the idea of introducing critical race theory into the curriculum. Critical race theory is the idea that racism is not just merely a phenomenon perpetuated by small numbers of bigots and spiteful people but that it is a social construct imbedded within legal and social structures of our society. To study critical race theory means for individuals to take an introspective look at within themselves and for each of to be more mindful of how the socio-political system within which we operate generates racism.

It also means taking an objective look at the history of our nation rather than merely highlighting the praiseworthy accomplishments we wish to emphasize in order to paint ourselves in the best light. Critical race theory is uncomfortable because it means acknowledging our faults and it requires us to reconcile with our own role in the existence of an inherently racist system.

The history of the United States is and always has been racist, plain and simple. To deny that is to deny the very truth of our foundation. From the beginning of the founding of the 13 British colonies in the 1600’s, this nation was built and farmed by African slaves brought here in chains against their will. The Native American’s who lived here before white settlers saw their thriving and prosperous villages and cities and their beautiful culture reduced to bygone memories as they were pushed into the most undesirable parts of this continent at the ends of white bayonets as their land and resources were pillaged in the name of manifest destiny. This is not an opinion but an irrefutable fact.

These unseemly truths of our history have been relegated to mere footnotes in history. The standard history textbook might dedicate a single paragraph to the trail of tears and describes that event as if it was a friendly send-off by President Andrew Jackson and his cronies as they waved goodbye to the Cherokees on the way to their new happy life in Oklahoma. The way the saga of the African Americans is reported seems to suggest that yes things were bad but then President Lincoln freed the slaves and made everything better. It was good but not great but then Martin Luther King came along, fought for Civil Rights and now everything is equal, racism is cured, and all men and women are equal.

Wrong. The prosperous Native American community was massacred, subjected to chemical and disease warfare, forced to become refugees, starved and were the victims of what should rightfully be called genocide. Our African American population descends from people who were stolen from their homes in Africa, brought overseas in horrid conditions and chains, sold as property and forced to endure backbreaking labor and cruelty often being treated worse than livestock. Emancipation did little to improve their lives other than to formally declare them free, though every attempt was made by lawmakers to perpetuate their slave like existence. To this day compared to White Americans, African Americans receive poorer rights under the law, are disproportionately incarcerated for petty offenses, are more likely to be killed by police, earn less income, receive worse healthcare, have less access to education, more difficulty receiving a loan or getting a mortgage, and until the 1960s were denied the right to vote, a basic right of all citizens. That is a more accurate discussion of racism past and present in this country and it barely scratches the surface. Yet it is still more than the average student will learn in school unless critical race theory is introduced or some other legislation that requires for a more broadly honest and holistic approach to our history. I cant even accurately write about racism towards other groups such as Asians or Hispanics because I am ashamedly unaware of the full scope of this trend, partly because I am the product of an educational system that doesn’t accurately address the reality.

Naturally, the introduction of critical race theory into school curricula is being staunchly opposed by conservative republicans. They feel that teaching critical race theory does not discuss racism or work towards a resolution but that it creates racism. This is simply not the case. A problem exists in this country and it must be addressed. This is self-help 101, in order to improve a situation or experience growth, problems must first be identified and then resolved. The opposition to critical race theory aims to sweep the problem of racism under the rug and pretend it isn’t real. This is quite possibly the worst approach one could take.

A great deal of the opposition to critical race theory is the guilt that is associated with it. I understand that feeling. As a white man in America I have had painful revelations about my own privilege and about the inherent racist tendencies that become embedded in those of us who are brought up in such a way. This discovery can be shocking and uncomfortable. The truth is, is that to some extent, every white person in America is complicit in a racist system because that is the system we grow up in. Part of the issue is the way we think of racism. Referring to racism does not inherently refer to the idiot with a confederate flag who uses the N-word or someone who goes out of their way looking for minorities to assault, although there are those people. Racism more truly refers to a system that both overtly but more often subtly introduces racist concepts and behaviors into mainstream society. That is the trickier area to identify because it is less obvious than the people who revel in spraying Black folks with fire-hoses.

Like it or not, that racist system has and continues to exist. To deny it is fallacy. That doesn’t mean that one must feel guilty. No one of us created this system or is morally responsible for its existence. To be racist does not mean inherently evil or bad. Yes, many racists are bad, and racism is bad, but to be subconsciously complicit in racism does not make you a bad person incapable of redemption. What you should feel bad or guilty about is not your unconscious participation and belonging in a racist system, but your refusal to even educate yourself on the matter such as those conservative-republicans who want to ban the teaching of critical race theory. That is evil and that is the lauding of ignorance. Ignorance is no longer a tolerable excuse. To fight critical race theory is to promote willful ignorance in the sacrifice to paint ourselves as the greatest nation in the world. To come to grips with our racism would be to acknowledge our flaws, and we simply cannot have that because too many are more concerned with creating the façade of an American Utopia rather than embracing reality.

It is more than merely ignorant to ban critical race theory, it is harmful as it prohibits the opportunity for growth, progress, and greater peace and prosperity for all. The reason I am discussing this on Happy Together is because bridge to reconciliation, and a happier and more inclusive society for all lies right before us but we cannot cross that bridge unless we are prepared to acknowledge our unpleasant past and take a critical look at ourselves and how our attitudes and behaviors contribute to the less than ideal status quo. It is understandable that one may not be conscious of their role in perpetuating this system but is unacceptable to intentionally block the possibility of a more equal and happy existence for ALL. Failure to acknowledge our messy past prevents us from realizing a bright and happy future. It pains me that some people are so concerned with maintaining the aura of perfection and exceptionalism that they are unwilling to look at the whole picture. History only makes us better if we look at the good and the bad. If we can acknowledge the bad and understand the present, then perhaps we can build a better future. That is my hope, and that is why I think it important that critical race theory be taught in school.