It is June 20, 2021 and today we are celebrating Father’s Day in the United States. Father’s Day is a day we stop to give gratitude and appreciation for the father(s) or father figure(s) in our lives. The role of a father figure in a child’s life is critical to their happiness and their successful development into a functional, thriving, and successful adult. The US Census Bureau estimates that approximately 1 in 4 children in the United States live in a household without a biological, adoptive, or step-father figure in the household. This post is not about discussing reasons why there may be such a high incidence of fatherless homes. Instead is about the importance of a father figure and about recognizing those amazing men who are present in their children’s lives. Children without a father figure are faced with a litany of issues and compared to their peers who do have a father figure are: more likely to struggle academically, more likely to drop out of school, more likely to become incarcerated as adults, struggle more with anxiety, and struggle more with mental and psychological stability. I do not mean to examine the details of such statistics, but the evidence is quite clear that there is a significant correlation between having a father and developing as a happy, healthy, and functional adult.

I want to take the time in this post to honor my own father. I have always loved and felt close to my father and the older I get, and the more I see of those who weren’t lucky enough to have a father at all, much less an exceptional one such as myself, the more blessed and grateful I become. Simply having a father figure has been shown to be a boon to a child’s success. I had and continue to have more than just a present father figure, I have a father who has always put my interests and the interests of my two sisters above his own, who has made every effort to educate us, befriend us, comfort us, protect us, provide for us, and simply be a part of our lives. 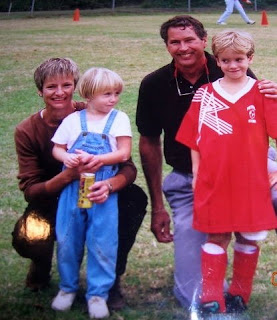 Many people, men in particular, will say that their father is their role model. I count myself among that group, and here is why. My father became a father well before he intended, with the surprise birth of my older sister late in his teenage years. Anybody who has made it through their teenage years can tell you it is one of the most difficult, confusing, and tumultuous times of their lives. Imagine adding the responsibilities of parenthood into that. Such was my father’s position. Despite the adversity he suddenly faced he remained unfazed. He rose to the challenge and managed to be present as a father, work long hours to provide for his wife and daughter, and put himself through school in a heroic effort that makes one wonder if he ever slept a minute for those ten years. His commitment to his family was born in this moment and is something that he has embodied to the highest and most admirable degree ever since.

In my own life my father has managed to find the perfect amount of balance in all regards. He managed to provide for us and see that my sisters and I never wanted for anything, but at the same time instilled the values of hard-work and modesty so as to not completely spoil us. He was comforting, loving, and friendly by choice but knew when the appropriate time for sternness or discipline was, understanding that while his responsibility in teaching us to become adults was his primary responsibility, above even his desire to be our best and closest friend.

When it came to school, hobbies, and more, he made sure that every opportunity was given to us to be successful. He likely realized in me quite early that he wasn’t raising the next Michael Jordan or Albert Einstein but nevertheless he made sure I had all of the tutoring, coaching, and assistance I needed such that whatever I did want to be, I could be the very best at it. More than anything though he has been a rock for me in a crazy and chaotic world. I’ve felt the grips of uncertainty, anxiety, depression, confusion and more throughout my adolescent and adult life and my father, more than anyone else, has been the person always there to throw me a rope, comfort me, and set me back on my feet. No matter what the world has thrown my way, my father has been there to make me feel safe and show me the way. He is perhaps the single greatest person I can count on and is the living example of what I hope to be as a man.

At various times in my life he has been my diaper changer, my coach, my teacher, my travel companion, fishing guide, voice of reason, emergency banker, loving figure, disciplinarian, and friend. He would probably tell you that’s just doing what a father is supposed to do but I would say that is a lot more. The statistic I referenced earlier shows how many children have no father at all, but I know a ton of people who do have a father but who have nothing like the person I have as my father. I am blessed beyond measure to have my father and I cherish every moment we share on this earth, taking as much joy and absorbing as much wisdom as possible in every second. Thanks for being you dad, and thanks for being my father, you’ve done an excellent job. 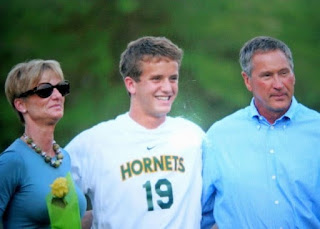