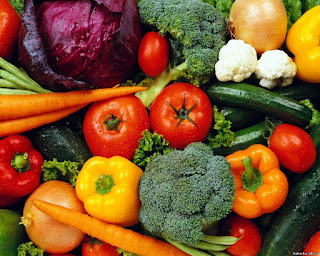 This is going to be one the most shocking and confusing posts I have ever written, and perhaps one of the hardest things I have ever written or said period. Many of you will be alarmed and startled by the revelations I am about to make, particularly those of you who know me personally. I want to reassure you all that I am ok and that I have this situation under control. My hope is that I can catalog my experiences here and use my subjective and objective feedback to educate you such that you may learn by my example. This has been going on for a while now, but I feel like it is finally time to reveal the truth. Here it goes:

For the last 6 weeks, I have been eating a vegan/plant-based diet (pauses for gasps and horror).

Please forgive my dry sense of humor but that is a sentence I cant even write much less say without blushing, mostly because it is so completely different than anywhere I ever thought I would find myself. As those of you who know me are aware, and for those of you who have previously read my blog posts know, I spent about 6 years working in the health and fitness world. I am a self-proclaimed ‘meat-head” with a passion for lifting heavy things, getting stronger, growing bigger muscles, and challenging myself under a barbell. Lifting, training, and exercise, have been one of the most meaningful and enjoyable parts of my life. As part of this culture, I, like many others in the fitness world, believed that meat was king. I fully ascribed to the belief that it was impossible to compete in any sports, much less strength sports, without vast quantities of animal flesh to fuel the process and heal the body.

At my peak I was eating between 1-2 pounds of red meat per day, very little carbs, and moderate fat. I was strong and overall healthy though I had some disturbing trends, most notably that being that my cholesterol was high, and I felt generally lethargic and sluggish. I simply thought this was normal, this is how a 32-year-old is supposed to feel and that I should be lucky for the health I do have. That all changed 6 weeks ago when my girlfriend Ashley challenged me to do a trial run of veganism. She had made the switch to a vegan diet some weeks earlier after having hellacious side-effects after following a similar diet to my own. She felt better in a matter of weeks and opened my eyes to some research including How Not to Die by Dr. Michael Greger, The Plant Based Diet by Matt Frazier and Robert Cheeke, along with some informative documentaries such as Game Changers. Some valid points were made about the benefits of veganism along with some disgusting and disturbing facts about the meat and dairy industry. I wasn’t sold per se but I was willing to give it a shot. I was challenged to do 30 days of strict, pure veganism. This post is about my experience thus far.

I want to preface my results with a disclaimer. I am not a doctor or a certified nutritional professional. I am not qualified to make nutritional programs, or regimented diets. There is as much evidence against veganism as there is for it. All that I can do is tell you about my own experience. If you want to make a dietary change my suggestion would be to have a conversation with your doctor or enlist the help of a certified professional. These people will be able to give helpful guidance specifically tailored to you. There may be existing preconditions, genetic markers, blood abnormalities etc. that would raise concern about you trying a certain diet. Again, don’t do this just because I say so. I do not say so. I just want to let you know how I found the experience. Take it for whatever you will, but do not take it for my suggestion that you make any dietary changes without consulting a physician or specialist.

The following paragraphs are an objective and statistical analysis of my experience with veganism.

Let’s begin with a subjective analysis, a discussion of how all of this makes me feel. My biggest concern going into veganism was that I was going to be eating nothing but sod from my front yard every day. That isn’t the case. There is an abundance of eating options available to you, you simply must know where to look and get a little creative with some new recipes. Whole Foods has a tremendous section of vegan/plant-based foods where I was able to find substitutes for many of my staple foods such as plant-based beef, plant-based sausage, cheese, almond milk and more. Some of the best meals I have had in the past year have been vegan meals. My girlfriend Ashley has made several tasty meals with the “meat”-loaf and enchiladas being my favorite. We also had an incredible plant-based shepherd’s pie at our neighbors, not to mention that we enjoy vegan burgers several times a week. Cross that off the list of cons, there is no shortage of tasty foods to be had when eating vegan.

The most notable and most meaningful difference was in how I felt. Within 4-5 days the incessant feeling of mental fog, bloating, and general lethargy had left me. I had always been led to believe that carbs were the devil. I eat more carbs than ever before, and I feel none of the sluggishness I had been warned about. I’m not qualified to state with certainty, but my belief is that the absence of animal fat in my gut has allowed my digestive tract to function more efficiently, allowing my body to metabolize ingested carbohydrates for fuel rather than be made sluggish by their presence as previously. My experiences in the bathroom since starting this diet would second the notion of a healthy gut.

My energy is boundless. Gone are the routine 3pm crashes where I contemplate if its too late for coffee or check my calendar to see if I can squeeze in a power nap. I simply have no need anymore. This increase in energy is evident in the gym as well as I can routinely grind out sets of 15-20 reps with weights that would previously have caused concern at the 10-15 range. I seem to recover more quickly with very little incidence of prolonged delated onset muscle soreness, and my torn bicep muscle appears to be healing ahead of schedule. I did not have a pre-vegan body composition assessment, but my subjective impression is that I am just as lean as I was before if not leaner: I have a visible 6 pack, noticeable quadricep muscle separation and veiny arms. This will be something I hope to get measured soon so I can include it in the objective data section.

The short answer about how a vegan diet made me feel is: it made me feel amazing. None of my concerns were valid. I didn’t get fat, I didn’t grow man-boobs, I didn’t get weak, and I didn’t become tired from all the carbs. I had made the decision that I felt so good during my 30-day trial, that unless my bloodwork revealed a serious NEGATIVE change since going vegan, that I would likely stay mostly consistent with it, though not perfect, as I admittedly do still crave the occasional burger. Still a major step in the right direction even without the full commitment.

Luckily for me I have regular blood work so I was able to compare my vegan blood work to a previous panel taken in March, which we can take to be a reasonably accurate measure of my bloodwork immediately before going vegan. The panel was extremely thorough. For the sake of science, I would normally post the full scripts but for the sake of this blog I am going to simply show the highlights, and no, I am not hiding any measures that go against the script here. I was completely objective of my analysis of this diet. This is my health we are talking about. Trust me, if the bloodwork came bad or if I had a shitty experience, I would say something.

Most measures stayed the same with very little change. What did change the most was my lipid panel. My total cholesterol was down for a net change of 39 from 183 to 144, with my HDL (healthy cholesterol) increasing from 37 (unhealthy) to 48 (healthy) and my LDL (bad cholesterol) decreasing from 133 (unhealthy) to 86 (healthy). My triglycerides decreased from 68 to 47, changing my triglyceride to HDL ratio from 1.8 to .97 – a measure that many physicians consider to be crucial to determining risk of stroke or cardiovascular disease (anything below 2 being good, the lower the better). My total testosterone, free testosterone, and estradiol remained unchanged. This is a big concern by some critics of veganism who claim a high-soy diet can increase estrogen and decrease testosterone. I will admit however that I have been on a testosterone supplement since being diagnosed with low T at the age of 30. We probably cant use my measure here as any valid indicator but I was pleased that it did not drop. The one measure that came back poor for me was iron, which was low. Unfortunately, I did not have iron included in my pre-vegan test so I have no idea if it went low during my vegan diet or if it had been low. Either way, this is an easy enough issue to fix by eating either more green leafy vegetables and or taking an iron supplement.

Again, my knowledge and expertise does not allow me to make suggestions on what you should do. What I can say though is that I feel much better since adopting a predominantly vegan diet and I have the blood work to back it up. I feel better, can workout harder, concentrate longer, and am generally happier and healthier. A believer has been made out of me and I intend to adopt this into my full-time lifestyle with only the occasional meaty comfort meals. After all, life is meant to be enjoyed. If you have any questions about this diet, or any nutritional or health related issue, let me know, and I will happily point you in the right direction to get yourself the best answers. 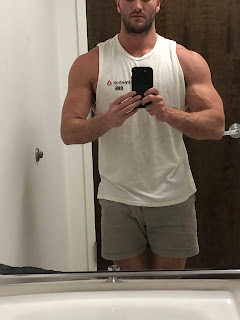