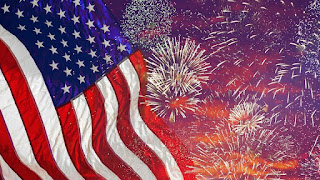 Today is Sunday, July 4, 20201 and we are observing the 245th anniversary of the United States of America. One of the most important things I have learned since beginning this blog is that perspective is everything and gives us the power to determine our outlook on life. If we adopt a negative and pessimistic attitude, and go looking for faults and wrongs, we will find surely find them and feel justified in our negativity. Conversely, if we are resolved to be optimistic, and choose to find joy, beauty, and kindness, so that we may be happy, then we will succeed. It is precisely the latter attitude that I want to apply to the 245 year history of my country. There is plenty wrong with this place, the errs of which I have often discussed on this blog and will continue to do so when the time feels appropriate. Today however I believe the proper course is to highlight the positive outcomes of our 245 year history as a nation.

I have previously discussed the Declaration of Independence, the document written by Thomas Jefferson and signed by delegates of the 13 colonies stating the intent of the colonies to become independent and their grievances against England. In that post I discussed the unalienable rights of life, liberty, and in particular the pursuit of happiness, lauding Jefferson for his wisdom in including happiness but being careful to note that only the pursuit was guaranteed but never the discovery or realization thereof. The word happiness comes up a second time in the declaration, later in the second paragraph where Jefferson writes: “That whenever any form of government becomes destructive of these ends [the unalienable rights], it is the right of the people to alter or to abolish it, and to institute new government, laying its foundation on such principles and organizing its powers in such form, as to them shall seem most likely to effect their safety and happiness.” Here Jefferson again demonstrates the importance of happiness as a root cause for the need for independence.

America was founded as a nation of ideals, where all men and women would be free to enjoy their unalienable rights to the best of their abilities. We are not a perfect nation but I believe we make steps towards progress each and every day. Sometimes on that path to perfection and progress we take steps backwards, big steps backwards, but by and large we make progress. Yes, it is shameful and tragic that slavery existed for as long as it did, and that African Americans still find themselves marginalized. Yes it is shameful that women were denied the right to vote for so long and still face discrimination, but keep in mind that there are still nations where it is illegal for women to vote, go to school, or own property. No, we shouldn’t compare ourselves to the worst of the worst, but against the backdrop of global reality we are able to realize that we are on the right track. Yes, it is tragic and shameful that homosexuals, and transsexuals have been marginalized, brutalized, and discriminated against but we on the right track. Today there are only 29 countries where gay marriage is legal and we are one of them. That means there are over 160 countries where gay marriage is not legal. So yes, we could point out the flaws and wrongs of this nation and leave ourselves with a sour taste in our mouth, but I think we need to take a look at the direction in which we are heading and be cognizant of where we began.

It is easy to villainize America, especially if you live here. We believe so firmly in the ideals that are our country that we become infuriated when we fail to live up those ideals. This is a classic example of thinking the grass is greener on the other side. You need not look much further than at the flux of immigration into this country to realize that we are still idealized by many as a land of freedom and opportunity. The flux of desperate men, women, and children into this country, fleeing their homes in search of a better life here, demonstrates that perhaps things here aren’t as bad as we sometimes want to believe. Often times we are far more aware of our own flaws than those of others, but perhaps if we learn to talk to ourselves in a less negative manner, as individuals and as a country, we will learn to value ourselves for our merits rather than villainize ourselves for our flaws. Nor do I believe that it is unamerican to call out our flaws. To identify faults in ourselves is not unloving but serves the purpose of highlighting areas for improvement. However, we must be positive in our critique of ourselves as a nation, not merely stating what is wrong for the sake of claiming moral superiority or being heard, but for the sake of looking for a positive resolution.

We are far from perfect but I believe that our general trend since the inception of our nation, beginning with our Declaration of Independence on July 4, 1776, has been one towards progress, opportunity, and most important an enablement of the pursuit of happiness for all. Sometimes we move backwards, zig zag, stall, or lose sight of that end goal but by and large our trajectory is upwards.  While we may never arrive at a destination of perfection, we should never stop our pursuit of those ideals upon which we were founded.