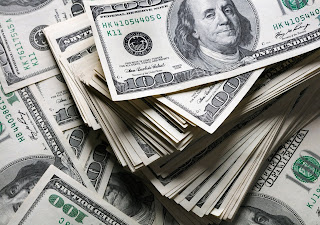 We have all heard the phrase “money doesn’t buy happiness.” Is this a true statement or is just a thoughtful value taught to us as a lesson in modesty? Well, it depends on several factors, but to a certain extent it turns out that yes, money can buy happiness.

I have often been critical of certain aspects of capitalist culture including the sacrifice of quality time for family and friends in pursuit of greater wealth, the association of higher worth with those who earn more, materialism, and the sacrifice of values that sometimes occur when climbing the corporate ladder. I do remain largely contemptuous of these and other negative concepts but I have ignored the bigger picture. In my privileged position as a relatively well-off person in a developed nation, I was ignorant to the struggle that many people must endure to afford their basic human needs.

When you do not have enough money to buy food for yourself or your children, when you cannot afford medical care for a relative, and when you cannot pay to place a roof over your head then yes, money, or rather lack thereof very much influences your happiness. It is easy to sit in a position of comfort and say that money doesn’t buy happiness, just be grateful. Try telling a starving and homeless mother of four children who can’t afford medication for her sick children nor provide a meal for her hungry family. In examples such as this, it can be easily stated that yes, money would largely eliminate a few major sources of their unhappiness. Once their basic human needs are met, then we can discuss the importance of gratitude and a positive outlook but when you suffer from an easily curable disease but lack the funds to pay for treatment or can’t afford a bowl of rice to ease your hunger, money is directly tied to your lack of happiness.

Researchers have found that individuals living below the poverty line, depending exactly how that is defined, are 75% more likely to be unhappy than those who live above the poverty line. Harvard Researcher Dr. Dan Gilbert observed in a study of Americans, that increasing annual income from $20,000 to $50,000 made someone twice as likely to be happy. That number takes someone from poverty, barely able to pay their bills, to someone not necessarily wealthy but with ample means to provide for basic necessities. Researcher Dr. Lindsay Bryan-Podvin says that “”The data is pretty clear that when we can financially take care of ourselves, our mental health is better. It’s stressful to be on the grind all the time.”

There appears to be a plateau at which point increased wealth ceases to add happiness or at least does so in diminishing returns. While Dr. Gilbert observed dramatic increases in happiness from $20,000 to $50,000 in annual salary, very little increase in happiness was seen in the jump from $50,000 to $90,000. Presumably at $50k, most basic needs have been met. Ergo the increasing amount of work, hours in the office, and general work stress needed to take income up to $90k doesn’t necessarily yield good returns in terms of happiness.

There are several reasons why increasing income or wealth beyond a certain point no longer brings happiness. First, as people tend to make more they tend to spend more. They celebrate their wealth with country club memberships, lavish vacations, second homes, and fancy cars. All of these drive up their expenses considerably. Just like those who are struggling to pay rent and medical bills, they find themselves struggling to maintain their extravagant lifestyle, making work and bills once again a primary stressor in life.

Remember that our tendency to compare is one of the root causes of our unhappiness. While a $100,000 salary should be more than enough money to allow us the peace of mind and comfort to have a carefree and happy existence, it often doesn’t. One reason is that we compare ourselves to others. Dartmouth Economist Dr. Erzo Luttmer noted that if you take two people who make the same income, the one who lives in a more expensive neighborhood will be less happy. Why? Because they are comparing themselves to their neighbors instead of appreciating what they have.

Finally, money brings diminished returns on happiness because material possessions only bring so much happiness. Once our basic needs have been met, most people spend their increased wealth on previously mentioned purchases like fancy cars, vacation homes, jewelry, and more. The type of happiness people derive from such purchases is short-lived. In fact it is the anticipation of buying such a thing that makes a person truly happy, and that within a few days, weeks, or months, that happiness will have largely subsided and the individual will have returned to their pre-purchase level of happiness.  Remember from a previous post I wrote Dr. Gilbert (here) that our predictions of happiness are often overexaggerated. The amount of happiness we think we might get from spending money is less than we expect.

In conclusion, money can buy happiness. Living in poverty, fighting, and worrying about paying for the basic needs of human survival is extremely stressful and can lead to depression and unhappiness. Having enough money to secure such needs dramatically improves happiness. Beyond that, returns on happiness begin to diminish and more money does not buy more happiness. There are exceptions such as a spending ones money on an unforgettable experience with family or friends for example, or buying a specific item for which you hold a great deal of admiration or respect for can lead to happiness. Generally speaking, more money will not bring more happiness, and the amount of stress associated with the increasing efforts to accumulate more and more wealth is not worth the diminishing return in happiness. Focus instead on living a life of value and purpose, and focus on friendships and other relationships. Those in meaningful romantic relationships or who had 5 or more close friends were twice as likely to be happy as those without.

Below are several articles that include the research to which I alluded in today’s post.