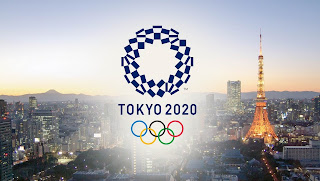 For today’s post I want to talk about the Olympic games and in particular discuss the mental health of the athletes. Before I get into my main point I just wanted to state how glad I am that we are able to have the Olympic games at all. With the world still reeling from covid and perhaps even declining with the increase in the delta variant, this was an Olympiad that many of us weren’t sure we would get to see. It was already delayed a year and I am sure there were times were the Japanese and IOC officials strongly considered cancelling the games outright. While heavy precautions were taken that included the prohibition of specators, and disqualification of athletes who tested positive, the games continued and I am grateful for it.

One of the things I love about sports is that they provide a much needed relief from what is often a tumultuous and chaotic world. No, we shouldn’t bury our heads in the sand and watch sports to the detriment of understanding the world around us. But sometimes it is nice to simply turn on the tv and watch some amazingly talented teams and individuals perform incredible feats of skill and athleticism in the culmination of what has been a lifetime of preparation on their part. It makes me happy to imagine that the whole world is coming together to watch and cheer for the athletes from their home countries, and for once to be divided only by whom we cheer for in a match, game, or competition, rather than the plethora of more concerning issues that usually divide us.

As I laid out in my introduction, what I really wanted to discuss was mental health in the Olympics. This year, more than any that I can remember in my lifetime, mental health has been a central topic of discussion. Most notably the issue has been raised by Simone Biles, arguably the greatest gymnast of all time, of the United States. Sadly, Simone Biles opted out of the majority of her events at this particular Olympiad, sighting mental health concerns.

The backlash that Simone faced for her decision is appalling and disheartening to me. She has been called any number of insults ranging from coward and traitor to wimp and less PG variations of the same. These people seem to lack the understanding of just how challenging what Simone, and any other elite level athlete must endure. As public figures their entire life is under scrutiny, with any notion of privacy long since forgotten. To lack the empathy to understand why Simone would want to back out of competition, to fail to recognize that any error in her competition could quite literally cost her life, is dumbfounding.

As loud as the voices of disapproval were to this news, I take comfort and joy in the fact that the overwhelming majority seem to be congratulating Simone for her courage, sharing their love and support with her through what must be a challenging and disappointing time, and praising her for bringing attention to mental health concerns, which as a society we suffer from tremendously but are often still reluctant to discuss publicly.

I for one congratulate Simone Biles for being brave enough to even give a reason for dropping out of the games, a reason she didn’t owe any of us. And I applaud her for publicly discussing mental health issues. She is by now perhaps one of the most publicly outspoken advocate for mental health in the world.

My hope is that with examples of such as hers, that not just athletes but all people will become more comfortable discussing issues in their mental health. The issue goes largely unmentioned because there is a stigma of shame against anyone who admits to feeling less than stellar all the time. There is a fear that if we reveal ourselves to be afraid, anxious, unhappy, or more that we are weak and invalid as a human. As an athlete, this is likely even worse as they are idealized as the epitomine of physical and mental fortitude, resilience, and strength. But at the end of the day we are all human, and all humans struggle in varying capacities with such issues. Only by shedding the stigma of vulnerability as a weakness, and only by being brave enough to bring these issues to attention will we be able to change the perception. It is athletes like Simone Biles who make this possible. I praise her for using her platform to bring progress to the world.

It isn’t just Simone Biles, and it isn’t just the Olympics, where we see mental health being more commonly discussed. Prior to the Olympics Naomi Osaka, the world #1 in tennis, withdrew from a major tournament siting mental health reasons. Michael Phelps, emboldened by Simone Biles, and though no longer competing in organized swimming himself, discussed his own struggles with anxiety and depression both as an athlete and in his current life today. Kyrie Irving, one of the NBA’s biggest names, has been vocal about mental health lately as well.

These individuals are all perfect examples of celebrities using their influence to make the world a better place. We will always love sports because of the wow factor, because of the joy we get in seeing people do things previously thought impossible, and because we love to root for our home team. But perhaps more importantly we use sports to send a message. We have traditionally instilled in our youth through sport, the importance of teamwork, accountability, sportsmanship, and hard work. It seems that now we are beginning to send the message that it is ok to not be ok, that its ok to be afraid, scared, anxious, or unhappy, and that these are completely normal, but more importantly to know that the community is behind you and we see you for who you are and support each other throughout.