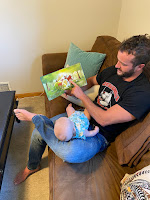 This past weekend I had the privilege of catching up with one of my dearest friends and his wife, who having met my friend mere months after myself, also quickly became one of my best friends. The weekend was filled with happiness and joy that included: enjoying some beautiful weather and activity outdoors; a few too many indulgent meals and beverages; much reminiscing; loads of catching up; and most importantly – lots of laughter and good feelings. During my admittedly all-to-brief trip several thoughts on happiness popped into my head which brings me to today, where I will attempt to pen (or type) those thoughts here.

My first thought is that perhaps one of the best ways to be happy is to be genuinely happy for others. I was first exposed to this concept when reading about Buddhism and the Dalai Lama. I believe it was in “The Art of Happiness” where the Dalai Lama described a traditional Buddhist mediation for happiness, wherein the practitioner becomes happy by spending some time thinking of others and genuinely wishing them happiness. You can put yourself in the mind of whomever you may be thinking about and wish for an easing from the burden of their suffering or to understand their wants and desires and to wish them into existence such that that person may be happy. I have done this meditation many times and can confirm that after every time I have walked away with a profound feeling of content, happiness, and joy.

This past weekend I had the opportunity to experience that same feeling, but was able to experience it more organically by physically being present to witness the happiness of others rather than having to imagine it via a meditative state. I was full of happiness as I was able to witness the happiness of my friends, Jon and Allyson, as they rejoiced in the life they have built for themselves. In the past year they have purchased a house, adopted a dog, received at least one promotion at work, and welcomes the birth of their first child: a girl named Lily. All of the above are worth celebrating and the whole weekend felt like a celebration of all the wonderful changes in their life. It filled me with happiness to see how amazing they have been in their new role as parents, how much joy they get from their dog willow, how safe and content they seem in their new home, and all the other joy that is in their lives. They are two of my favorite people and it makes my heart swell to see them so happy. All that is to serve as a reminder that if you want to be happy: be genuinely happy over the happiness of others; and if possible do what you can to contribute to that happiness. 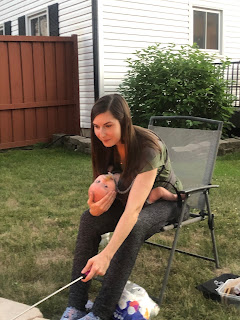 Thought number two is on the brevity of life. At one point during the trip Jon and I were looking at the stars and marveling at the vastness of the universe, noting how insignificant it can make one feel. Knowing that our lives will occupy the most minute fraction of time in this universe can make one feel almost worthless. Admittedly this notion can frighten and depress me a bit but since reading on Stoicism and in particular “On the Shortness of Life” by Seneca, I am instead filled with gratitude and happiness. In moments of fear I think of Seneca’s quote: “It’s not at all that we have too short a time to live, but that we squander a great deal of it. Life is long enough, and it’s given in sufficient measure to do many great things if we spend it well.” I think of this quote to remind myself that while our lives can seem insignificant in the grand scheme of the universe, that they are actually quite significant indeed. To have this blessing of life at all is a miracle and it beats the alternative of never having existed at all.

As Seneca says, life isn’t short, we simply waste too much of it. What is it that we waste our life on? I believe that what we waste the majority of our time on is on looking forward to the future both with anxiety and excitement. I include both positive states and negative states of looking to the future because I believe that an excess of either one is a bad thing. We are all surely familiar with feelings of anxiety, stressing ourselves out over a future state that worries us. How often does that which we fear come to fruition? Hardly ever. And if it does, how often is it as bad as we thought? Rarely. I include also future states of excitement as potential detriments to our happiness in the present. If your thoughts always lie in the future, and you find yourself postponing joy and happiness for some future time, then you run the risk of never actually experiencing happiness, as it will constantly be pushed into the future, and you will put your life into fast forward mode as you find yourself unable to pause and enjoy the present. To live a happy life you must be willing to move forward from the past, and while it is wise to plan and prepare for the future, if you seek happiness you must live in the present. 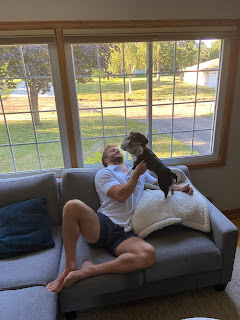 This is precisely the mindset that I adopted for as much of this past weekend as I could. Just as life itself can seem short, so too can fun and exciting visits with friends. I had all of 3 days with my friends and made every effort to enjoy as much of it as possible. At multiple moments I found myself taking “mental pictures” as Brene Brown once discussed, where I would clear my mind of all irrelevant thoughts and instead tried to remember as many details as possible about where I was, what I was doing, and who I was with at those exact moments. Several of those moments included kayaking on Lake Bde Maka Ska, watching the MNUFC game, and reading to Lily. Over time I will likely forget many of the extraneous details, focusing instead on whom I was with and how I felt. In each such case that feeling was completely at ease, content, and happy. It is by focusing on those moments such as these in the present, now already my past, that I will be able to build and remember a long and happy life for myself.

Finally, I am reminded how lucky it is to be loved. This lesson was learned two-fold for me over the weekend. First: we all know the saying that home is where the heart is. Upon being welcomes to Minnesota it was clear that a piece of my heart is there and is held by my dear friends. This feeling was confirmed to me as I acknowledged the complete sense of peace and absence of worry that I felt for the duration of my stay. Secondly, I was reminded of the joy of loving and being loved upon my return to my home in Atlanta. Previously, when I was a single man, the end of such trips would leave me feeling depressed, as I would walk away from some of my favorite people not knowing when exactly I would see them again. I would return to my solitary life, alone, and sad. While I still feel a twinge of pain as I depart, I am now lucky to return to a home where I am loved both by a very large and excited bloodhound named Floyd and my girlfriend Ashley. I have said before and I will say again, travelling is great but coming home is even better. I am grateful to the two of them for giving me a home to which I can return. 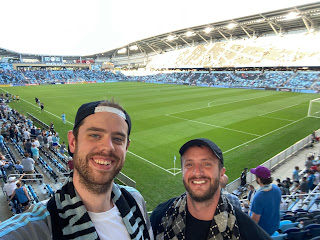