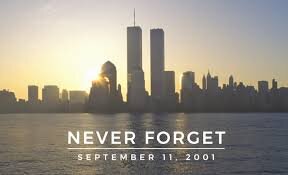 This post is written in memorial to those who lost their lives on September 11, 2001, a date which yesterday we honored the 20th anniversary of that horrible day. I spent much of yesterday traveling for work and I wanted to make sure I had the opportunity to be patient and careful with my words, such that I could accurately convey my thoughts rather than rush to get a post out on a deadline.

Everybody knows where they were that day, and if you are too young to remember, you’ve surely learned from those who were there what happened that day, and the last consequences therefrom which are still felt now.

That day we witnessed terrible shock and awe just how cruel humans can be to one another. From that moment that showed us the very worst of humanity we saw the very best of humanity. In the wake of the violence, hatred, and terror, we saw some of the very best in humanity with countless tales of bravery, courage, heroism, and compassion as people the world over responded to the tragedy.

On the anniversary of this tragic date we remember and honor the lives of those whom we lost in this horrible act of violence. We will never forget the tragedy and those who are no longer with us. What I will remember the most, and what I will carry with me is the acts of heroism that followed. Of how ordinary citizens rose up to help and to fight whether by joining hands and coming together as a community, donating blood, or enlisting in the military to fight terrorism. The overwhelmingly unity in our response, the courage of normal people, and the sense of love and community, that is what gives me faith that no matter how bad things get, and how evil humans can be, our greatest qualities will always shine through. That is what I will remember when I remember September 11, 2001.