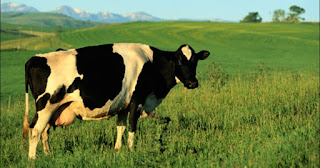 Yesterday I discussed one of my father’s favorite sayings about graveyards being full of indispensable people, finding that it was originally said by Charles de Gaulle. Today I have another one of my father’s witticisms that I believe is relevant to this blog. I cannot find any evidence of anyone else having said it so I will probably attribute it to him.

The thought it as follows:
“there once was a man who owned a cow. Then the man had two cows, and the cows owned him.”

This one was always more of a headscratcher for me. I have aged into my thirties and felt the pull of materialism, the allure of a cushy job with a plush salary, and the incessant marketing machine pushing the idea that happiness is one more purchase away, I have begun to understand the wisdom within.
The idea of course is that the man was perfectly well-off and content with his one cow. It presumably gave him milk when he was thirsty and may have even helped him till his crops. But the moment the man got greedy and decided to get a second cow, he had more than he needed and the price for the excess was his freedom. With 2 cows the man would find that his work load had doubled and that he was no longer free as before but now beholden to caring for his now doubled herd.
The idea is that we must stop looking for happiness in wealth and instead learn to be content with enough. For as said previously in this blog, enough is as good as a feast.